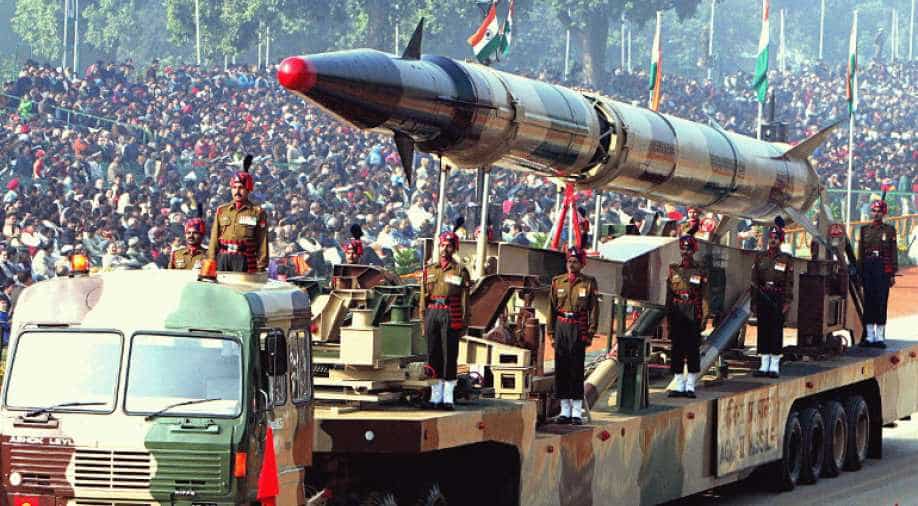 Agni missile series being developed by DRDO as a deterrent against nuclear armed neighbours are among India's most sophisticated weapons. (Image source: Wikimedia Commons) Photograph:( Others )

The Agni-ll Ballistic Missile was successfully test-fired on Thursday at 10.22 am from APJ Abdul Kalam island of Dhamara in Odisha.

The nuclear weapon is capable of a full strike range of 2,000 km.

The 20-meter long Agni-II missile is a two-stage solid propelled ballistic missile. It has a launch weight of 17 tonnes and can carry a payload of 1,000 kg over a distance of more than 2,000 km.

Agni missile series is developed by DRDO as a deterrent against nuclear-armed neighbours are among India's most sophisticated weapons.