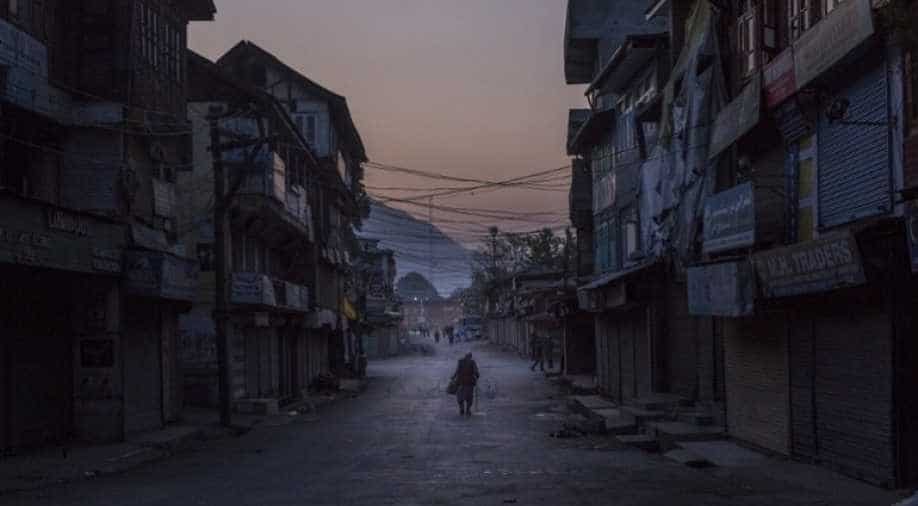 Separatist shutdown, in response to the killing of an insurgent by security forces, resumed in Indian Kashmir on Friday, disrupting normal life.

This summer, India's northernmost Jammu and Kashmir province plunged into its worst unrest in six years after the killing of a field commander of separatist militant group Hizbul Mujahideen, Burhan Wani, by security forces on July 8. Hizb-ul-Mujahideen is an outfit fighting Indian control of the Muslim-majority region.

Son of a headmaster, Wani was idolised by some youth and was a prominent member of HM in a region that has been at the centre of a strategic tussle between India and Pakistan for decades. Wani's social media videos showed him wearing military fatigues and calling for jihad.

Street clashes between protesters and security forces killed nearly 100 civilians and wounded over 6,000 wounded. Almost 100 security personnel too have sustained injuries in the violence. However, the clashes and protests have almost entirely subsided with the unrest in the Valley losing intensity over time.

After keeping life in the paralysed for six months, Hurriyat Conference, the main separatist alliance, agreed to scale down its protest amid mounting pressure from traders and transporters to enable them to earn their livelihood.

In a statement issued earlier this month, Hurriyat Conference asked people to observe the shutdown only on Fridays and Saturdays for the next two weeks.