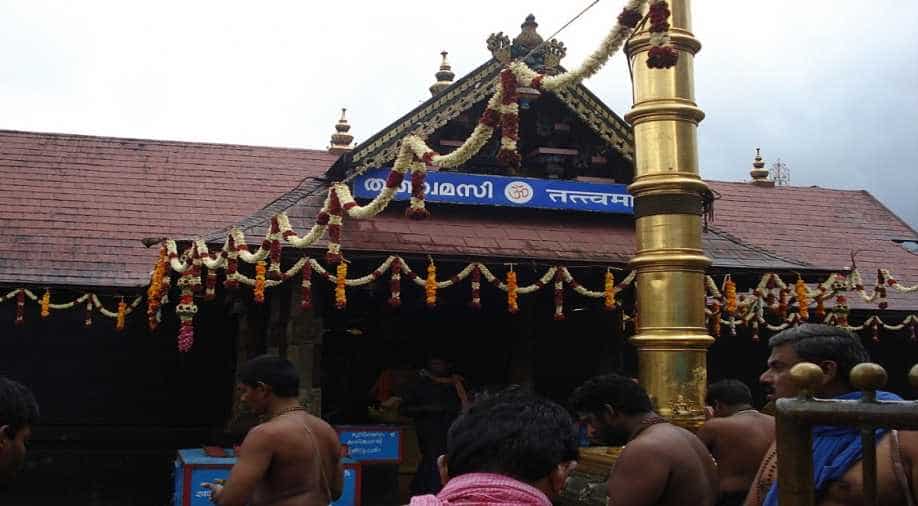 A total of 10 Supreme Court judges, ?sitting in various combinations, have already heard the case in as many years since it was first filed in 2006. (Image courtesy: Wikipedia) Photograph:( Others )

In a U-turn, the ruling government in southern Indian state of Kerala today informed the apex court that it favoured the entry of women of all age groups in the historic Sabarimala temple of the state, Indian news agency PTI reported.

The counsel for the ruling Left Democratic Front (LDF) government told the Supreme Court that it will it will go by its original response filed in 2007 favouring entry of women in the temple premises. Earlier this year in July, however, the counsel had supported the ban on the entry of women.

This was the first hearing after the Supreme Court changed the bench hearing a decade-old petition against the restriction on women aged between 10 and 50 from entering the temple, according to ANI news agency.

A total of 10 Supreme Court judges,  sitting in various combinations, have already heard the case in as many years since it was first filed in 2006.

The administration of the temple, located on a hilltop in the Western Ghats of Pathanamthitta district, had earlier told the court that the ban on entry of women aged between 10 and 50 years was because they cannot maintain "purity" on account of menstruation, according to PTI.

The Kerala government supported them and told the court that beliefs and customs of devotees cannot be changed through a judicial process and that the opinion of the priests is final in matters of religion.