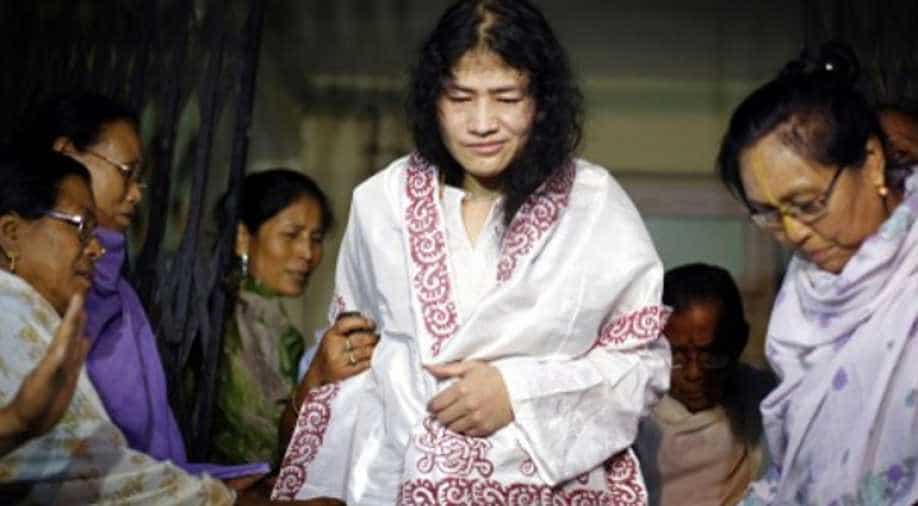 This is a first for a regional party in Manipur and comes at a time when Sharmila?s Peoples' Resurgence and Justice Alliance party (PRJA) is gearing up for its first brush with state elections due in March. Photograph:( AFP )

This is a first for a regional party in Manipur and comes at a time when Sharmila’s Peoples' Resurgence and Justice Alliance party (PRJA) is gearing up for its first brush with state elections due in March.

Speaking to WION, PRJA’s campaign manager Anand Mangnale said that the idea of crowdfunding is in line with the party’s call for “accountable governance”.

“When we started the party there was a lot of need for funds for getting the basic information out because we were standing against major parties like the Congress and the Bharatiya Janata Party (BJP). Online funds are transparent and normally political parties face a backlash because they don't have transparency in their funds. There is no accountability to it," Mangnale said.

"We want to go a long way and play a positive part in the politics of India, that’s why we launched the crowdfunding. From the beginning itself every single rupee is accounted for and we know who has donated it unlike other national parties which don’t disclose 85 per cent of their fund sources,” he added.

Sharmila, while speaking at the crowdfunding launch on December 30, said her party was seeking public funds to end the practice of politicians buying votes.

“The crowd-fund is also aimed at ending muscle and money power as part of the fight against corruption. Our aim is to change the system for a better Manipur where there is no violence and where there is justice and no corruption,” Sharmila had said.

Nearly two weeks since its launch the crowdfunding has managed to raise  Rs 2,01,800 ($2,960 dollars approximately).

Indian actress Renuka Shahane is one the major donors.

According to Mangnale, it has also managed to reach out to the huge Manipuri diaspora abroad with students and people working outside the country being able to donate.

After refusing food and water for 500 weeks, Sharmila gave up her strike in August, 2016 and announced that she would contest the state elections.

The PRJA was founded two months later, in October, 2016.

While an on the ground fund campaign called “ten4change”, where people were asked to donate a minimum of ten rupees, was able to gather Rs 20,000, Mangale says Sharmila’s “iconic” stature made the party take the fundraising campaign to a national level through crowdfunding.

“Irom Sharmila is an international icon for her fight against atrocities by the armed forces in the state of Manipur and this is why we thought of raising funds at a national level.” Mangnale said.

But it wasn’t an easy road. According to Mangnale, it was difficult to convince the party workers for crowdfunding.

“They asked why were we targeting the rest of India for funds when we should be focussing on Manipur. But we convinced them that Irom Sharmila is beyond Manipur.”

Going digital has also facilitated more youth involvement in the party. When it comes to youth participation, northeast Indian states tend to stagger.

The PRJA, however, claims to be a representative of the youth. The party’s convener, Erendro Leichonbam, is 33-years old and all the five candidates contesting elections are below 45 years of age.

“In the northeast, the young stay away from politics because they think it’s dirty. In Manipur especially, people have been cynical that things are going to change. A large number of young people in Manipur are unemployed. There is a lot of discontent . With PRJA there has been a lot of youth involvement. We want them to be a part of the greater agenda and getting them involved digitally is one way,” Mangnale said.