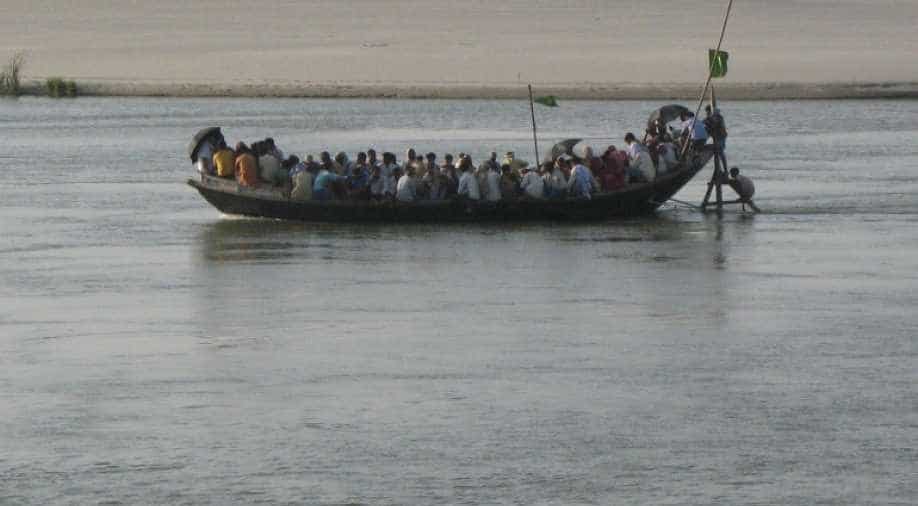 The director general of the National Disaster Response Force said Sunday that two boats had capsized in Bihar.

RK Prachanda said that after the first boat capsized, people began to jump on to another. Because of the resulting overloading, the second boat also capsized.

"21 bodies have been recovered so far, search and rescue operation is underway. 3 NDRF teams are at the spot. We are trying our best. We have deported three teams for the operation. It is extremely tragic incident. People were taking boats one after another. When the people realised that their boat was capsizing they tried to jump to the other boat then both the boats capsized due to over load," ANI reported him as saying.

The death toll now stands at 24.

The accidents took place at Chhapra, on the Ganga, at about 6 pm on Saturday evening.

Authorities said the two boats were carrying about 40 people in all.

A few minors were among the victims.

AFP reported that the youngest survivor was a toddler.

Bihar chief minister NItish Kumar has ordered ex-gratia payments of Rs 4 lakh to the families of the victims.

Prime Minister Narendra Modi has ordered ex-gratia payments of Rs 2 lakh for the families of the victims and Rs 50,000 to those grievously injured.

Authorities said the boats had been ferrying passengers back from Makar Sankranti festivities on the other side of the river.

Rescue operations, which had been halted late last night, resumed on Sunday morning.