India: Day after army chief says not to, another video of 'grumbling' soldier surfaces 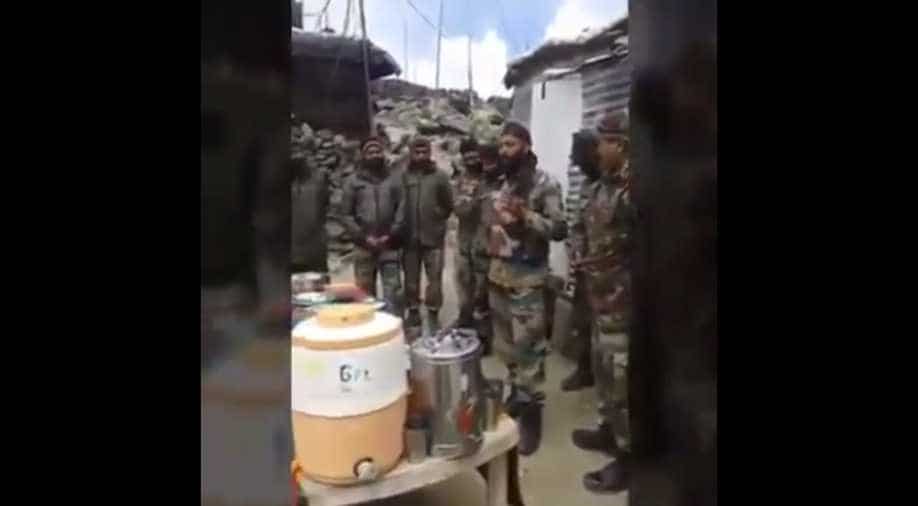 The soldier sings of the harsh conditions he and his brothers in arms live in, the 'pickle on roti' they are given to eat while other people go to the Taj (hotel). Photograph:( DNA )

A day after the new Indian army Chief General Bipin Rawat warned soldiers about airing their grievances on social media, another video of a "grumbling" jawan has surfaced.

In the two-minute video, the soldier sings of the harsh conditions he and his brothers in arms live in -- the “pickle on roti” they are given to eat while other people go to the Taj (hotel), and not being given any leave for over 10 months, the Hindu newspaper reported.

This third video -- there have been a spate of them recently, ergo the warning from the army chief -- features a Sikh soldier singing in Punjabi to a group of colleagues.

On Sunday, Rawat had said soldiers taking to social media to air their grievances could be punished, for their act was "akin to crime" and lowered the morale of the men guarding the country's borders.

In the video, the soldier sings: “It has been 10 months now, I am not getting days off; all the tears have fallen from her eyes. One who is married to us, she feels neither married nor unmarried.”

The politicians don't care, he adds: “They go to sleep after wishing good night, we celebrate Diwali on borders...”

General Rawat, who took over only 15 days ago, told his men -- both officers and soldiers -- that there were "proper" ways to complain and that should anybody still not be satisfied, they could contact him directly.

"In the recent days, some our colleagues have been using social media to air their grievances in front of the media. It affects those brave soldiers who are, as per the glorious traditions of the Indian Army, serving the country and guarding the borders," he had said in his address on Army Day on Sunday.

Before this, there have been two similar videos -- one each by a Border Security Force jawan and a Central Reserve Police Force jawan.