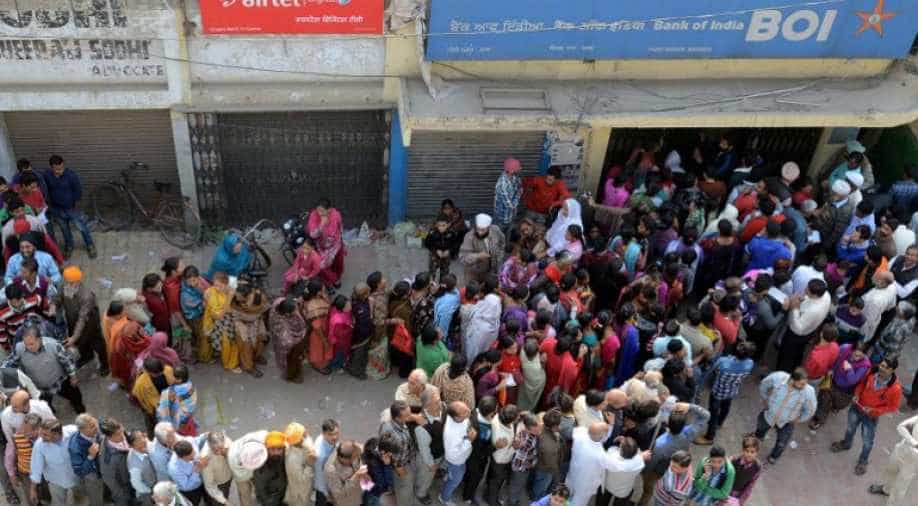 After the government issued an advisory, banks have started making special arrangements for the elderly and the physically challenged. Photograph:( AFP )

With banks in several parts of the country closed today, the lines at ATMs only got longer.

People waited outside ATMs from early in the morning hoping to get their hands on some cash, but with little success since most of the machines had run out of cash.

Scuffles and heated exchanges were reported from ATMs and banks from many parts of the country.

Banks have been unable to deal with the heavy rush -- despite them staying open on the government's order over the weekend -- and that has led to the fraying of tempers.

To try and ease the situation, the finance ministry has said people can now change Rs 4,500 of their old currency for new notes every day instead of Rs 4,000, and people have been allowed to withdraw Rs 2,500 a day from ATMs instead of the earlier Rs 2,0000.