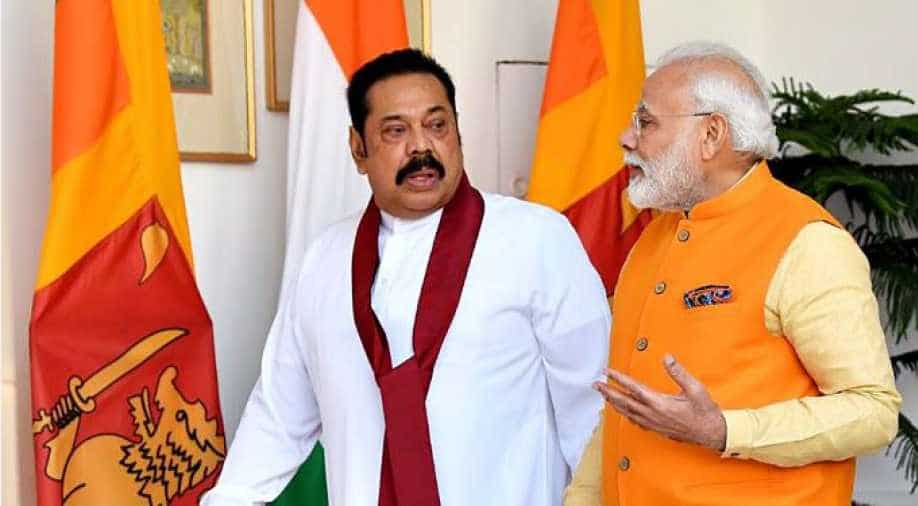 In a joint press briefing with Modi following the talks, Rajapaksa hoped that India would continue to provide assistance to Sri Lanka in counter-terrorism cooperation.

In a joint press briefing with Modi following the talks, Rajapaksa hoped that India would continue to provide assistance to Sri Lanka in counter-terrorism cooperation.

"Our discussions were based on the outcome of talks that the Prime Minister held with President Gotabaya Rajapaksa during his successful state visit to India in November last year".

Rajapaksa expressed his gratitude to Modi for the neighbourhood first policy and the priority the Indian government attaches to Sri Lanka.

"We had agreed that our cooperation is multifaceted and priority is given to a number of areas including security, economy, culture and social sectors. Part of our discussions centred on cooperation with regard to the security of the two countries. India has always assisted Sri Lanka to enhance our capacity, capabilities in intelligence and counter-terrorism. We look forward to getting continued support in this regard," he said.

Rajapaksa further said, "I thank the Prime Minister for visiting Sri Lanka in the aftermath of the Easter Sunday terror attacks that provided us with immense strength to come to terms with the tragedy. We also appreciate Prime Minister Modi's USD 400 million line of credit to enhance the economy of Sri Lanka and another USD 50 million line of credit for combatting terrorism."

The Sri Lankan leader also said that ongoing projects built with Indian assistance in Sri Lanka were discussed. He urged Modi to consider further assistance to expand the housing project all over Sri Lanka to benefit its people who reside in rural areas of the island country.

Both Rajapaksa and Modi also spoke about the economy. "The Prime Minister and I discussed how Sri Lanka and India can work together in the field of economy. India is among the world's growing economies in the world. I discussed with the Prime Minister how Sri Lanka could benefit from certain economic sectors where India is in a strong position and can require India's assistance such as skill development and capacity building," Rajapaksa elucidated.

He also extended an invitation to Modi to visit Sri Lanka in the near future.

Concluding his statement, Rajapaksa said, "India is our closest neighbour and a long-standing friend. The close historical links...provided a solid foundation to our ties."

Prior to the talks, Rajapaksa, who is on a five-day trip to India, laid a wreath at the Rajghat, the memorial of Mahatma Gandhi. Earlier this morning, he was also given a ceremonial reception at the Rashtrapati Bhavan.

External Affairs Minister S Jaishankar also called on the visiting dignitary and termed Sri Lanka as a partner in development, progress, and security.

Rajapaksa is further scheduled to meet President Ram Nath Kovind later in the evening. Rajapaksa will leave for Varanasi in Uttar Pradesh on Sunday where he will visit Kashi Vishwanath Temple and Sarnath Buddhist Temple. Security has been beefed up in Varanasi ahead of his visit.

On the morning of February 10, Rajapaksa will emplane for Bodh Gaya in Bihar -- where he will visit Mahabodhi Temple and Bodh Gaya Centre -- and later in the day to Tirupati, the Ministry of External Affairs (MEA) said in a statement.