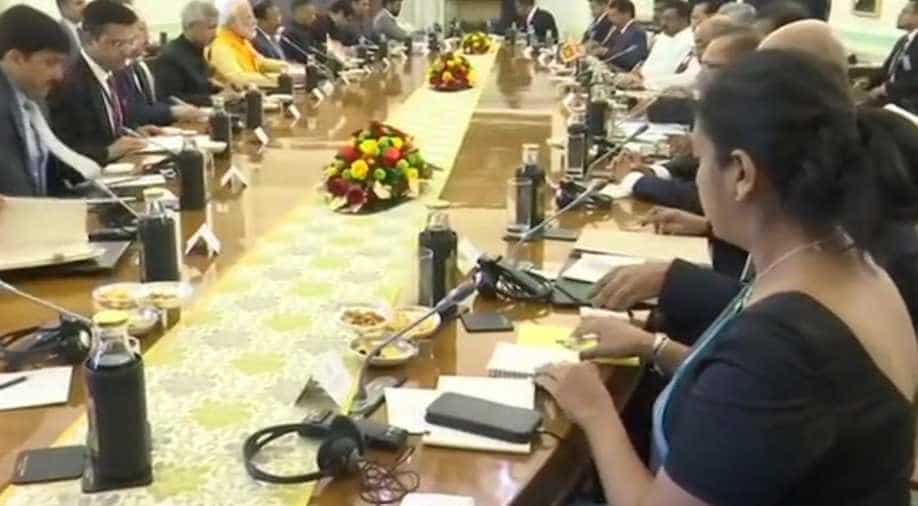 Defence and maritime security, trade, and tourism on top of the agenda as the two leaders met.

Sri Lanka Prime Minister Mahinda Rajapaksa, who is on a four-day visit to India, held delegation-level talks with Narendra Modi at Hyderabad House in New Delhi on Saturday.

This is Rajapaksa's first official visit abroad after taking office.

Defence and maritime security, trade, and tourism were on top of the agenda as the two leaders met.

''The scheduled meetings will build on the strong relationship that already exists between the two countries,'' he said ahead of his meeting with Modi.

Rajapaksa hopes to finalise its implementation.

With two Tamil ministers in the Rajapaksa government are reportedly in the 10-member delegation, impending political solutions concerning the Sri Lankan Tamils could be brought up, soruces said.

The Lankan PM is also expected to visit religious sites such as Varanasi, Sarnath, Bodh Gaya and Tirupathi.

He also paid tribute to father of the nation Mahatma Gandhi at Rajghat.