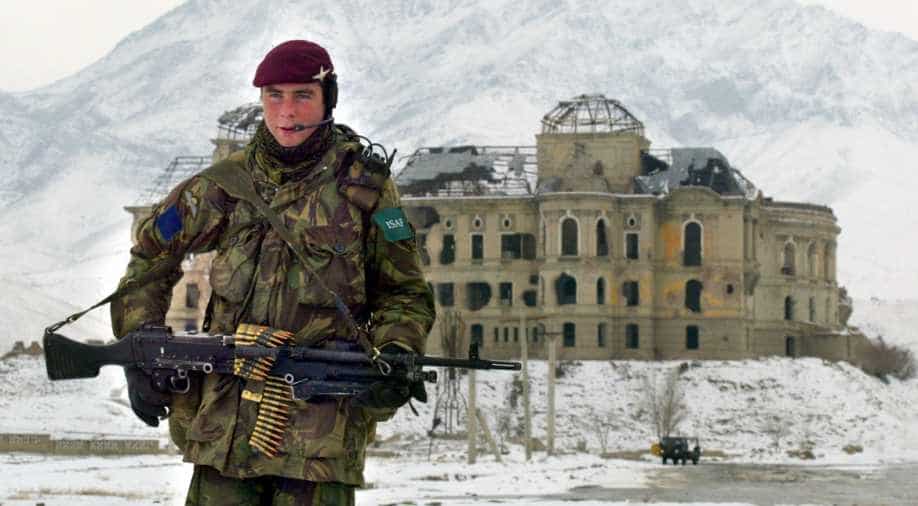 The mountainous, land-locked country was classed in 2012 as among the most vulnerable to climate change. Photograph:( Getty )

After two winters without snow, Kabul residents are anxiously scouring the hills for the first flakes, wary that the depletion of this major source of water further fuels instability in war-ravaged Afghanistan.

Historically speaking, a snowless year is highly unusual for this ancient capital, built 1,500 metres (5,000 feet) above sea-level in the foothills of the Hindu Kush. "Kabul can be without gold, but not without snow", according to a local proverb. But as the world gets warmer, that is changing.

"Countrywide, in the last decade nearly every year has seen either flooding or drought," Mohammad Salim, an expert at the United Nations Development Programs agency said. "And if the current trends continue, droughts will become the new normal."

The mountainous land-locked country was classed in 2012 as among the most vulnerable to climate change, a worldwide problem that is the subject of a UN conference in Marrakesh this week. And it is here that the knock-on effects of global warming will be keenly felt.

Around 80 per cent of Afghanistan's economy is based on agriculture. Afghan farmers depend on reliable, year-round sources of surface water from melting snow on mountains to irrigate their crops and water their livestock. But only ten per cent of the country's land is still farmable because of the impact of recent climate-related disasters, Salim says.

"If they lose their jobs due to drought, they will join the militancy" of the Taliban, he said.

"Being a landlocked country, besides terrorism, climate change is a big challenge for Afghanistan."

"Snow has decreased dramatically and the landscape is not made to absorb rain water. Droughts and land degradation can contribute to terrorism. It disrupts the social order," Hamayun added.

The Taliban's insurgency, which they have waged since being ousted from power in 2001 by a US-led coalition, has lately expanded to multiple provinces and beyond the traditional "season" that begins with the spring melt and ends with the first heavy falls of snow.

Last year, the fighting continued into winter as less snow made it easy for insurgents to remain mobile and conduct hit-and-run attacks in northern and central Afghanistan.

Consecutive droughts have plagued Afghanistan since the mid 1990s, hitting farmers in central provinces such as Bamiyan, where the water that drains from the Hindu Kush range is running low.

"When I was child, I remember it was impossible to travel in winter in Bamiyan due to heavy snow. People could only travel on the roads by donkeys. But for the last three years the roads are open, the wells are dry and that is a huge problem," said Sayed Daoud Mosavi, Afghanistan's Director of Agriculture Projects.

He added people had stopped cultivating potatoes, one of the main crops in Bamiyan, in at least two districts due to lack of water.

After two successive record-breaking years, 2016 is shaping up to be the hottest ever. According to Famine Early Warning Systems, a US-funded organisation that provides analysis on drought and food insecurity, there is a likelihood for "average to below-average precipitation across much of Afghanistan" during the wet season that began in October and lasts till May.

Shakir Majeedi, the deputy planning director for the ministry of agriculture and livestock, said the country was getting less snowfall each year due to climate change, making life difficult for some farmers.

"The changes (in the climate) have made a lot of farmers food-insecure. It is too soon to predict this year's weather, but we hope to have enough snow and rain," he said.