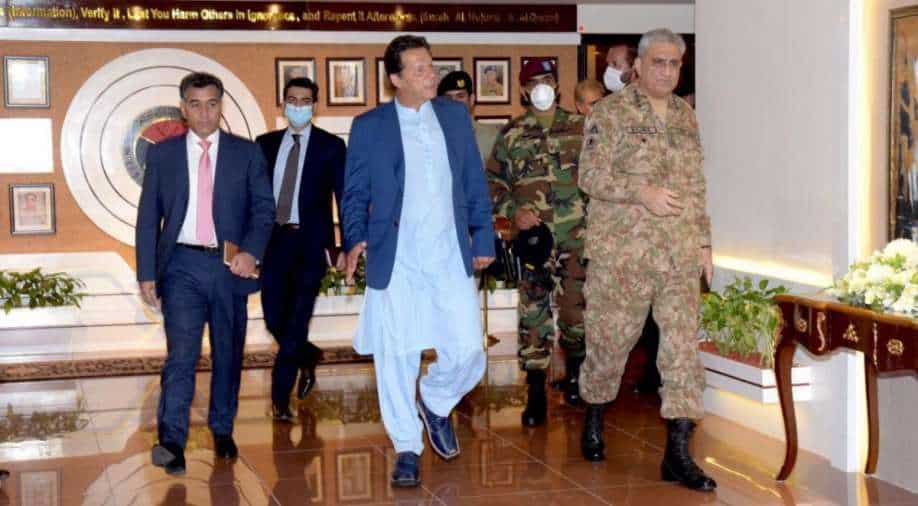 Khan, 69, was unceremoniously ousted after the National Assembly passed a no-confidence motion against his government on April 10 and also reportedly losing the support of the army.

Pakistan's former prime minister Imran Khan took a veiled jibe at the Army chief General Qamar Javed Bajwa, claiming that "some elements" in the establishment were responsible for toppling his government.

Khan made these comments in his first-ever Twitter Space, with around 165K listeners joining in.

His party Pakistan Tehreek-e-Insaf (PTI) claimed that the former PM has broken all the past records by conducting the largest ever Twitter Space. The discussion continued for more than an hour on Wednesday night.

"There are also humans in institutions. If one or two individuals do something wrong, the entire institution is not responsible. If one person (in an apparent reference to Army chief General Bajwa) makes a mistake, this does not mean that the whole institution is at fault,” he told his reporters.

However, the cricketer-turned-politician was quick to praise the army saying all institutions are not corrupt but some "elements indulge in bad practices".

"Pakistan needs the Armed forces more than Imran Khan. Had the strong Army not been here, Pakistan might have been dismembered into three pieces,” he said.

Khan, 69, was unceremoniously ousted after the National Assembly passed a no-confidence motion against his government on April 10 and also reportedly lost the support of the army.

The ties between Pakistan Army and Imran Khan had soured over differences over the appointment of the next ISI spy agency chief.

The report on fractured ties between Khan and th4e army was confirmed by former information minister Fawad Chaudhry.

In an interview with a news channel on Wednesday, he said that the relations between the establishment and the Khan-led government had strained for months.