'Important milestone': First flight of Afghan interpreters arrives in US 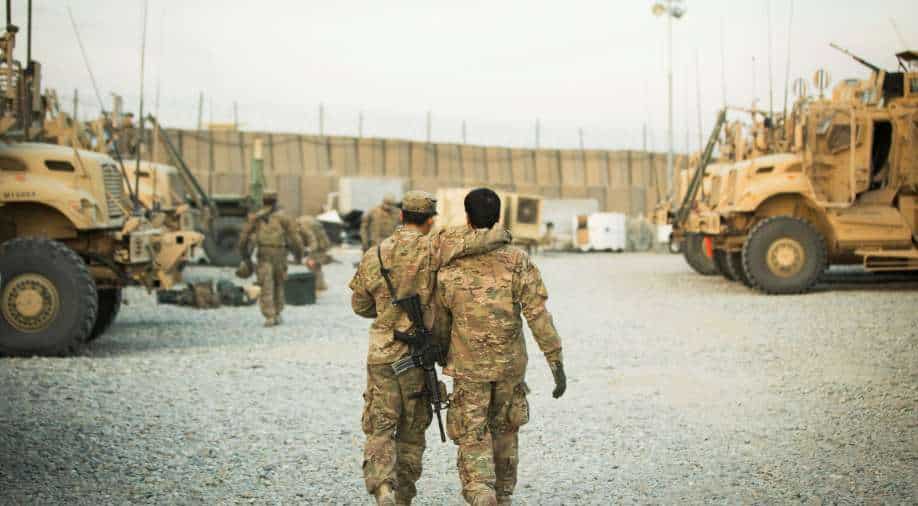 A US soldier from the 3rd Cavalry Regiment walks with the unit's Afghan interpreter before a mission near forward operating base Gamberi in the Laghman province of Afghanistan Photograph:( AFP )

President Biden had set August 31 as the final deadline for US troops to pull out of Afghanistan even as heavy fighting continues between Afghan troops and the Taliban.

US President Joe Biden informed today that "an important milestone" had been reached as the first flight carrying Afghans who worked as interpreters for the US defence forces landed in America.

"Today is an important milestone as we continue to fulfill our promise to the thousands of Afghan nationals who served shoulder-to-shoulder with American troops and diplomats over the last 20 years in Afghanistan," President Biden said.

The White House informed 200 interpreters arrived in the US and are in the process of completing health checks and other processing details after that they will be sent to their homes across the country.

The interpreters arrived at Fort Lee military base in Virginia for final paperwork and medical examinations to start a new life in the US.

The US initiative called "Operation Allies Refuge" will reportedly bring in Afghans under the Special Immigrant Visas (SIV) allowing them to bring their families.

"These arrivals are just the first of many as we work quickly to relocate SIV-eligible Afghans out of harm's way — to the United States, to US facilities abroad, or to third countries — so that they can wait in safety while they finish their visa applications," President Biden said.

At least 2,500 SIV applicants are set to arrive as part of the first list with several thousand more to follow in subsequent weeks. The SIV programme was created in 2006 for Iraqi and Afghan interpreters who risked retaliation for working with US troops.

Secretary of State Antony Blinken said the Biden administration is committed to helping those who helped the US in "hard times in Afghanistan over the last 20 years - translators and interpreters".

All US troops are set to pull out over the next four weeks with the deadline set on August 31 by President Biden.

The US Congress on Thursday had cleared $1.1 billion fund to resettle the Afghans who supported the US mission. It will now be tabled in the House of Representatives and will then reach President Biden for his final approval.