'I am Samajwadi party chief and Akhilesh Yadav is the chief minister', Mulayam Singh says 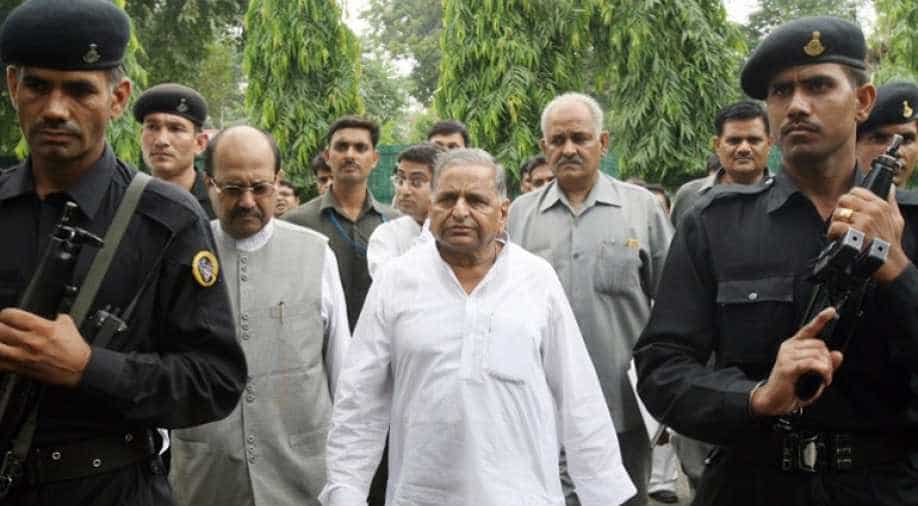 Amid reports of a deadlock between the warring factions in Uttar Pradesh's ruling Samajwadi Party (SP), the party's patriarch Mulayam Singh Yadav held his ground today, reiterating that he was president of the party and his son Akhilesh was the chief minister of the state.

I am Samajwadi party chief and Akhilesh Yadav is the Chief Minister UP, Shivpal Yadav is the state President: Mulayam Singh Yadav pic.twitter.com/prceqFQraC

Mulayam Singh Yadav, who was removed from the post of party's national president by his son Akhilesh and his supporters in a party convention, was addressing the press in national capital New Delhi.

He also said that Ramgopal Yadav, who had been expelled by him for six years, had no authority to call the party convention.

The SP patriarch is expected to meet officials of the Election Commission tomorrow for staking claim to the party's 'cycle' symbol.

Earlier, at a meeting with party workers at the SP headquarters in Lucknow earlier in the day, Mulayam Singh Yadav denied that that there was any ongoing tussle within the party, PTI reported.

"There is no dispute in our party" (Hamari party me koi vivad nahi hai)," the SP leader said after he met party workers with his brother Shivpal Singh.

The Mulayam camp is likely to submit its set of affidavits tomorrow, the deadline set by the EC for both the sides to submit documents before it decides on which side to be allotted the 'cycle' symbol. Both factions have staked their claim to the symbol after the split on January 3.

The Akhilesh faction on Saturday submitted to the EC affidavits in which it claimed to have signatures of "90 per cent" of SP legislators and delegates, including over 200 of the 229 Members of Legislative Assembly (MLAs).

Mulayam Singh's cousin Ramgopal Yadav, who has sided with Akhilesh in the dispute, claimed that the "Real SP" had submitted proofs along with the affidavits to Election Commission and sent it to Mulayam Singh too but he didn't receive them.

Ramgopal said that relevant documents, brought in "seven cartons with more than 1.5 lakh pages", were submitted to the poll panel to assert Akhilesh's right over the party name and symbol. He said that he submitted affidavits of 4,716 delegates of the total 5,731, which indicated overwhelming support for Akhilesh, ANI reported.

SP leader Naresh Uttam, appointed state chief by the Akhilesh Yadav faction said the party would contest the polls under his leadership.

"Akhileshji is our national president and we will contest polls under him. He was made president at national convention."

Meanwhile, SP leader and Rajya Sabha MP (Member of Parliament) Amar Singh on Sunday claimed that the signatures of support to Akhilesh Yadav were forged and that their authenticity was doubtful.

"The numbers of MLAs supporting you matters when a government has to be formed. It's not the same for party symbol," Singh told ANI

He confirmed that the Mulayam Singh faction would stake claim to the party's name and symbol tomorrow.

"We will visit the Election Commission on Monday and will give our memorandum. We will submit the list of old office bearers appointed before 1st of January," the SP leader said.