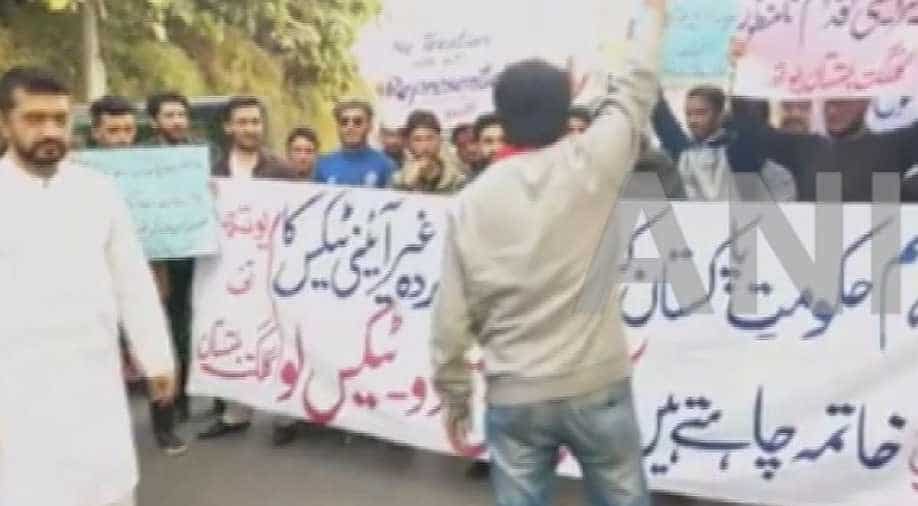 The people of Gilgit Baltistan recently staged a protest against Pakistan government outside Lahore Press Club.

The residents of the region raised the slogans "hum leke rahenge azaadi" (We will take the liberty).

The protesters revolted saying "We are humans do not treat us like animals".

The people from the restive region demanded basic rights at par with other citizens.

Calling the imposition of taxes by the Pakistan government as illegal the protesters said the government has no right to impose taxes on them until they are provided with basic rights.

Also read: Members of Baloch and Sindhi community protest against Pakistan in London

We are humans do not treat us like animals, we should be given all the basic rights at par with other citizens: Protester in Gilgit-Baltistan's Skardu at a demonstration against Pakistan pic.twitter.com/VtWXOF7NjP

Until they give us our basic rights, they do not have any right to impose taxes on us. We are not ready to accept the taxes you (Pakistan) have imposed on us, it is illegal: Protester in Gilgit-Baltistan's Skardu at a demonstration against Pakistan pic.twitter.com/Dn7Xrv4t9h

The region has been witnessing frequent protests from the local people of the region.