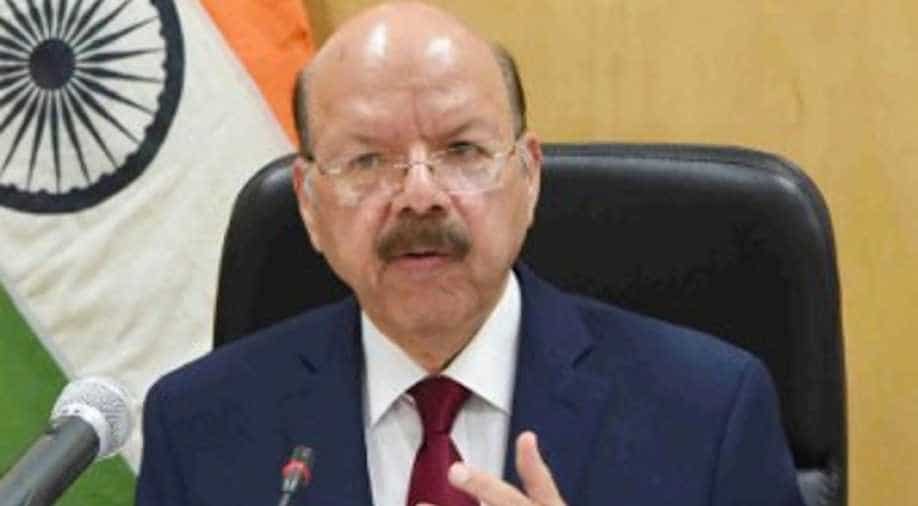 Rejecting the stand of the Mulayam Singh Yadav camp, the Commission said there is a clear split in the party. Photograph:( AFP )

The Commission also went by past precedents when it had based its judgements on numerical strength as directed by the Supreme Court in a 1972 verdict.

"...A mere look at the figures...Will evidently demonstrate that Akhilesh Yadav enjoys overwhelming majority support, both among the legislative and organisational wing of the party."

"As a logical consequence of the above finding and applying the test of majority support approved by the Supreme Court in the case of Sadiq Ali and consistently applied by the Commission thereafter in all cases of disputes in recognised political parties arising before it from time to time...The group led by Akhilesh Yadav is the Samajwadi Party and is entitled to use its name and its reserved symbol Bicycle..," the 42-page order of the EC said.

Rejecting the stand of the Mulayam Singh Yadav camp, the Commission said there is a clear split in the party.

"...The Commission is satisfied that a split has arisen in the Samajwadi Party resulting in the formation of two rival groups -- one, led by Akhilesh Yadav and the, other, led by Mulayam Singh Yadav, each claiming to be that party, and, therefore, the matter needed to be determined by the Commission under para 15 of the Symbols Order," the poll panel said.

Also, 4400 of the 5731 National Convention delegates have signed in favour of the chief minister, the order said.

The Commission referred to a contention by Mulayam's side that the affidavits filed by Akhilesh's group do not contain averment that they were sworn without any fear, favour or influence as needed and said except for the "above vague allegation", the group did not file any affidavit from any member despite repeated opportunities given to it.

"... Neither filed any affidavit from any member nor indicated even the name of one member whose affidavit was considered by him to be suspect or questioned the above numbers claimed by Shri Ram Gopal Yadav either on 13 January, 2017 at the time of hearing or at any time thereafter," the order said.

It also mentioned that while the counsel for the Mulayam group wanted to make a mountain of a molehill by referring to a typographical mistake in the affidavits of the Akhilesh group, the counsel had no reply when it was pointed out that its leader Amar Singh had said in the concluding para of his affidavit that "I refute my point on the illegibility of January 1, 2017 convention of Samajwadi Party and unconstitutionality of their resolution thereby".

The seven-phased polls in the state begin on February 11.

The order came within a fortnight of Akhilesh being anointed the national president of the party.

A jubilant Ramgopal Yadav said the EC took the right decision as the Mulayam camp did not have any supporting documents to claim symbol and party name.

"The Chief Minister is very happy," he said.

About party's plans for an alliance with Congress in the state for the coming elections, he said, "The party president will be deciding it. I hope it will happen."

As soon as he got the news, Akhilesh went to meet his father to seek his blessings.