'He is not a subordinate official': PML's Ahsan Iqbal takes a dig at Imran Khan during Bill Gates' visit 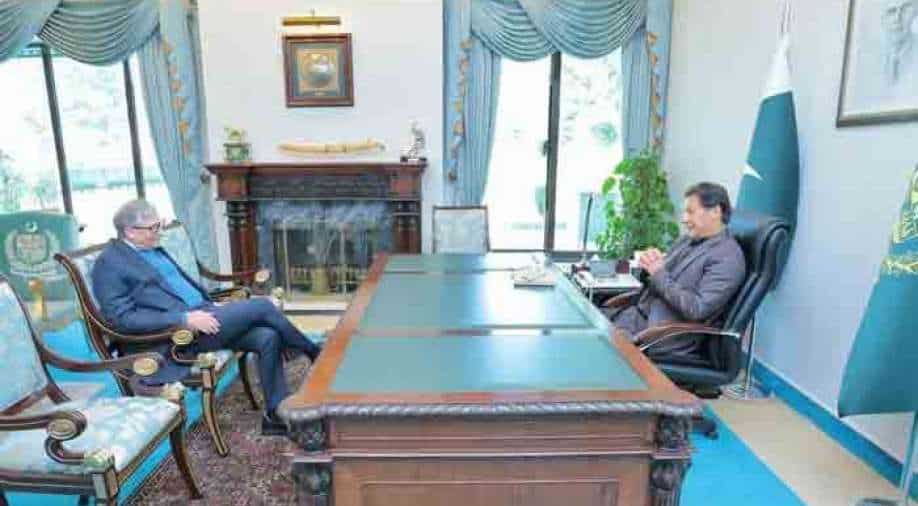 Secretary-General of Pakistan Muslim League Ahsan Iqbal took to his official Twitter handle, taking a dig at Pakistan Prime Minister Imran Khan claiming that he has "an inflated ego."

Iqbal shared an image of Bill Gates sitting across the table with Imran Khan. "Guests like him should be treated with respect," he wrote. He further made a comparison between Microsoft's worth and Pakistan's GDP. He did not just stop at this as he mentioned that Microsoft's annual revenues stand at $160 billion, while Pakistan's annual exports stand at $25 billion.

Bill Gates is not a subordinate official or Secretary. IK has an inflated ego. Guests like him should be treated with respect.

Bill Gates met with Khan to discuss polio eradication in one of the last two countries of the world where the virus is endemic. Pakistan and Afghanistan are countries in the world where polio continues to circulate.

The Bill & Melinda Gates Foundation is part of the Global Polio Eradication Initiative (GPEI), a major project between governments and international organisations.

During his visit, Gates also met with the country's Covid-19 National Command and Operation Centre, which leads the country's response to the pandemic. Pakistan's Senator Faisal Javed Khan said Gates "greatly appreciated steps (regarding polio eradication) in Pakistan, the National Command and Operation Centre's (NCOC) performance in relation to the Covid-19 pandemic and initiatives such as the Ehsaas programme".