Govt: Action against channel taken in interest of 'country's safety and security' 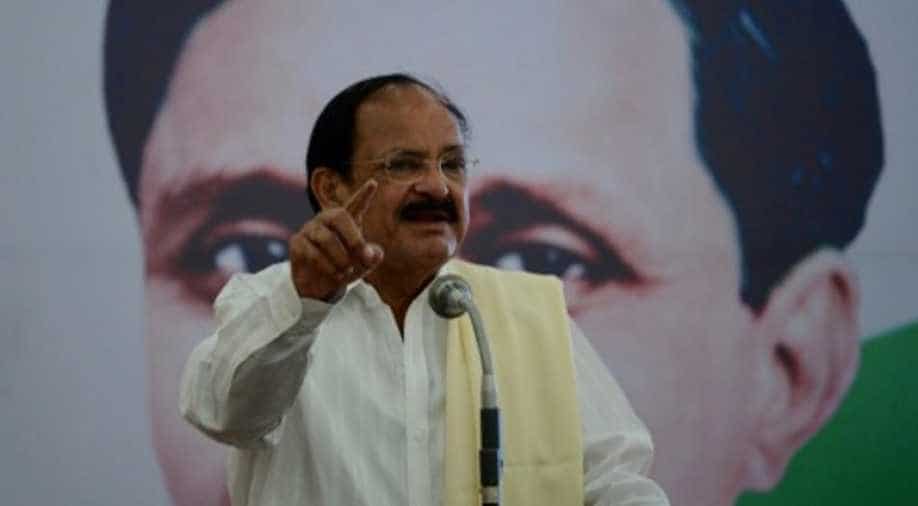 Politicising the issue would only affect the safety and security, he said again, of the country. Photograph:( AFP )

Denouncing references to the Emergency in the context of the one-day ban on the Indian news television channel, NDTV India channel, Indian Information and Broadcasting minister Venkaiah Naidu today said the action against the channel was taken in the interest of the "country's safety and security".

Addressing a press conference, he said the ruling National Democratic Alliance (NDA) government has the highest regard for freedom of media and politicisation of such issues will only affect the safety and security of the country.

He also slammed Congress vice president Rahul Gandhi for "talking about the dark days of Emergency".

"I was surprised, aghast. Some people talked of Emergency-like situation. The action was taken in the interest of the country's safety and security", he said.

"I do not know how they are saying this is the first time. I read in a newspaper today that it is first time (that the government has issued a ban on a television channel). Shall I give the list of how many times channels were ordered to go off air?", he asked.

"These are all done earlier. Now they are saying it is done for the first time, murder of democracy, Emergency reminiscent and all", he noted.

"People know what is good and what is bad and people understand what is required in the larger interest of the country. That is why I saw that people on social media supported the Government's stand except some people who are not well informed", he said.

"Politicisation of such issues will affect the safety and security of the country", Naidu, who is here to attend a conference organised by Builders Association of India, said.

Maintaining that the government was duty bound to act on such issues and does not require to approach the courts, he said, "I have to answer tomorrow in Parliament. I have to answer people tomorrow."

"Congress vice president Rahul Gandhi is talking about dark days of Emergency. Do you know what is Emergency? Some people who were in the Congress at that time and now in different political parties also joined the chorus now because it has become a fashion. They just want to use each and every occasion to criticise the government and take the name of the Prime Minister for each and everything", he said.