First batch of Afghans deported from Germany arrive in Kabul 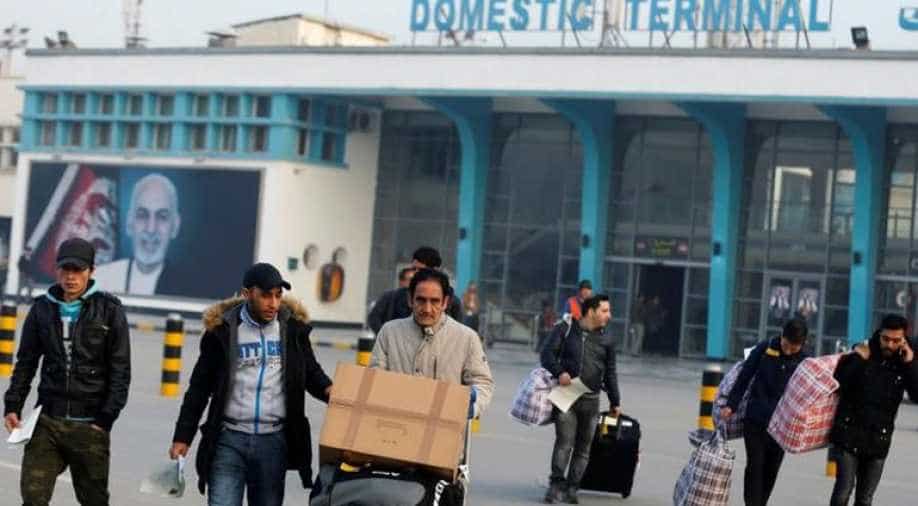 A group of 38 Afghans arrived in Kabul from Germany on Thursday, the first to be deported under an agreement reached between the two countries this year, following the rejection of their applications for asylum.

Thousands of Afghans joined asylum-seekers from the Middle East and elsewhere entering Europe from 2015, and became the second biggest group of asylum seekers in Germany in 2016 after Syrians, according to German data.

A charter plane carrying the Afghans, all men, arrived in the Afghan capital from Frankfurt, a Reuters journalist at Kabul's airport said.

"It was early morning and I was sleeping when four policemen came to my home and arrested me," said Ali Madad Nasiri, who said he had been living in Germany for three years.

"I didn't have a chance to take my clothes, cellphone and laptop - all left behind," he told Reuters while carrying a small bag containing a few belongings.

The deportations are taking place under an agreement reached with Afghanistan in October, a spokeswoman for Germany's Interior Ministry said earlier.

But the deal has sparked protests in Germany in recent weeks with critics saying much of Afghanistan was not safe and the returnees might face reprisals.

The Afghan Ministry of Refugees will help returnees get back to their homes, a ministry spokesman said, adding that about 10,000 Afghans had returned from Europe this year.

The next plane sending Afghans home had been chartered for early January, according to German media.

More than a million migrants from the Middle East, Africa and elsewhere have arrived in Germany since the beginning of 2015, prompting concerns about security and integration.

The influx has boosted support for anti-immigrant groups such as the Alternative for Germany (AfD) party.

Afghanistan's Western-backed government is battling militants who have stepped up attacks since the withdrawal of most foreign troops in 2014.

Western military officials estimate the Taliban control or contest nearly a third of the country. Civilian casualties are near record high levels, with thousands killed and wounded every year.

The government is also struggling to develop the economy.

"Everyone loves his country. I also love my country but what should I do here?," said Mati Ullah, 22, who said he had no job prospects in Afghanistan.

"Do I have to go and join the Taliban or Daesh?" he asked, referring to Islamic State militants.