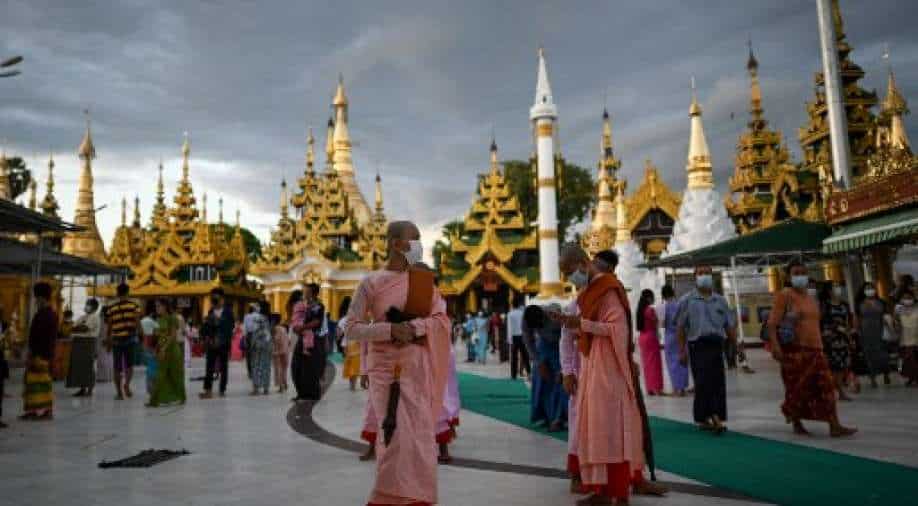 Intense fighting between the military junta and rebel groups have forced hundreds of monks to flee temples in eastern Myanmar as crackdown intensifies, according to media reports.

The country has been in turmoil for the past 11 months since the civilian government of Aung San Suu Kyi was overthrown in a coup on February 11.

The sudden takeover by the military triggered widespread protests with crackdowns killing more than 1,400 people.

The coup was severely criticised by the global community while raising concern over the end of tentative political reforms since the end of decades of military rule.

Since then, several rebel groups have sprung up to oppose the regime.

According to news agency AFP, two eastern Myanmar towns —Demoso and Loikaw—which are rebel strongholds, saw the maximum exodus as the military continued to crackdown against rebels.

The UN has also noted that fighting has intensified in Kayah and Kayin states since December.

"More than half the population of Loikaw township has been internally displaced," the UN said, with even the holy men of the town scattering as the fighting raged.

"It was impossible for us to stay there," a Buddhist monk told AFP, adding that around 30 monasteries were fleeing - an unusual sight in a nation where they are revered and temples are considered safe havens.

Earlier this week, UN Special Rapporteur on Myanmar Tom Andrews called on junta leader Min Aung Hlaing to "halt the air and ground attacks" on Loikaw, lift the blockade of those seeking to escape, and allow aid to get through.