Fatalities soar among Afghan forces as government loses ground to Taliban: US watchdog 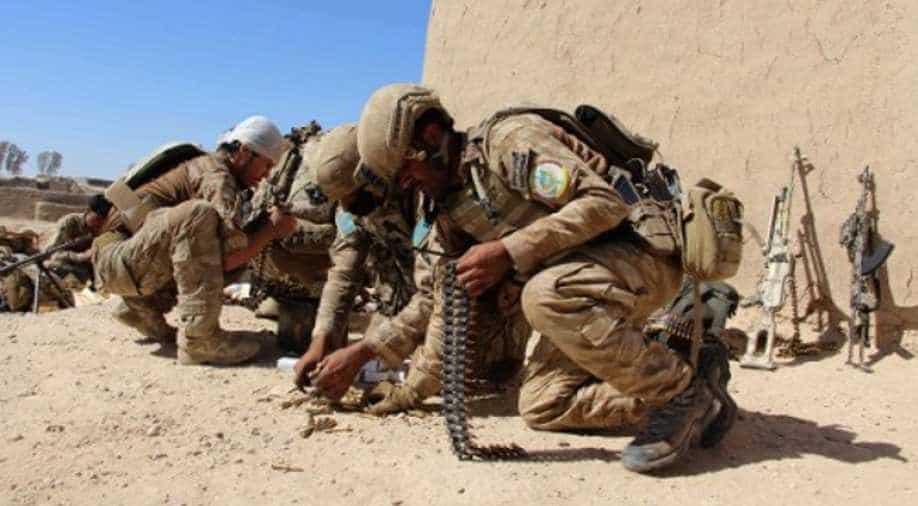 Afghan National Army commandos load ammunition into their rifle magazines during a battle between Taliban militants and Afghan security forces in Helmand province on October 10, 2016. Photograph:(AFP)
Follow Us

The death rate among Afghan security forces soared last year, as the Kabul government's overall control of the country dropped significantly, an official US watchdog said in a report Wednesday.

The grim new statistics paint a picture of a beleaguered nation still in the grips of a widespread security crisis, despite many years and billions of dollars spent building up Afghanistan's army and police forces.

According to the US government's Special Inspector General for Afghanistan Reconstruction (SIGAR), 6,785 Afghan soldiers and police officers were killed between January 1 and November 12, with another 11,777 wounded.

Afghan police and army units took over from NATO the task of providing security for the country in 2015.

Their first year was something of a disaster, the nadir coming when the regional capital Kunduz in northern Afghanistan was briefly captured by the Taliban.

US and NATO officials had been hoping the Afghans would fare better in 2016, but clearly the security situation remains perilous.

The Pentagon, however, insists the Afghan National Defense and Security Forces (ANDSF) are improving and points to successful efforts to repel Taliban attacks on regional capitals.

Most of the fatalities among the ANDSF came from "direct-fire" assaults, meaning local troops were directly attacked by the Taliban and other insurgent groups, instead of dying in roadside bomb and mine blasts.

In addition to the high death rate in the ANDSF, the report also found that the number of Afghan districts under insurgent control or influence is increasing.

US Forces Afghanistan reported that about 57.2 per cent of the country's 407 districts were under Afghan government control or influence as of November 15, the report states.

That marks a drop of 6.2 per centage points from the 63.4 per cent reported in late August, and a nearly 15-point drop since November 2015.

A Western observer who has lived in Afghanistan for years told AFP that the provinces under Taliban control could ultimately split from those held by the Kabul government.

"Everybody here thinks this country will collapse in a matter of two or three years," he said.

According to a UN body, there were 8,397 conflict-related civilian casualties between January 1 and September 30, a slight drop compared to the same period in 2015.

The report also cites an Asia Foundation survey last year that found only 29.3 per cent of respondents nationwide felt their country was moving in the right direction, down from 36.7 per cent in 2015.

"This represents the lowest level of optimism recorded since the survey began in 2004," the SIGAR report notes.

The Taliban have been especially active in Helmand province, a global centre for opium production, which is on the rise.

And Afghanistan has long grappled with government corruption and embezzlement.