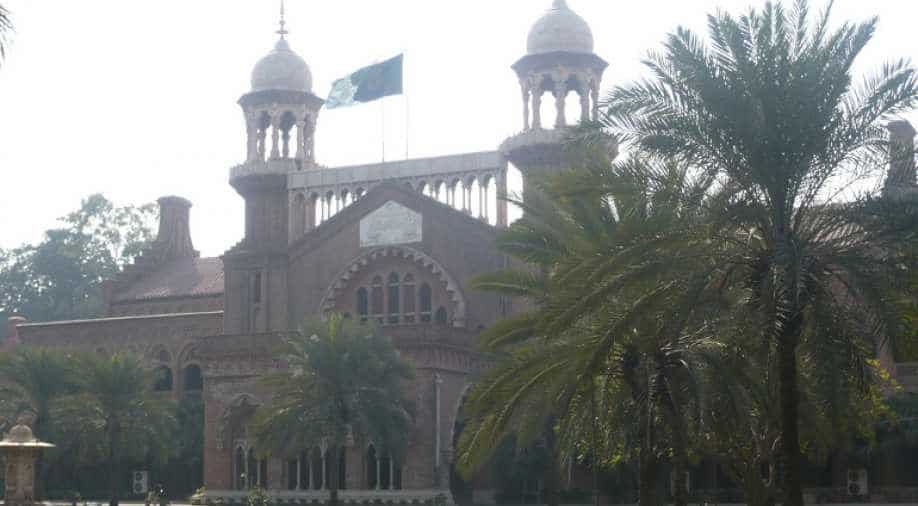 Petitioner's counsel, Sarah Belal, said that the board had confirmed that Hayat was not fit for execution and sought suspension in his execution, and that executing him would violate local and international laws. Photograph:( Others )

A Pakistani court has stayed the execution of a former police officer suffering from paranoid schizophrenia, pending the outcome of a similar case in the Supreme Court amid uproar by human rights activists against hanging mentally ill death row convicts.

The Lahore High Court (LHC) yesterday suspended the execution warrants of the former cop, Khizar Hayat, issued by a district and sessions judge.

Earlier, the execution of Hayat, who was sentenced to death in 2003 for shooting a colleague, was scheduled for January 17.

A division bench of LHC headed by Justice Shahid Hameed Dar observed that it would be appropriate to wait for the Supreme Court's decision in a similar case of the mentally ill prisoner, Imdad Ali, to determine how to proceed in Hayat's case.

The court directed the home department to submit a report by January 30.

Petitioner's counsel, Sarah Belal, argued that Hayat had been suffering from paranoid schizophrenia and executing him would violate local and international laws.

She said despite a petition against his execution was pending before the same bench the jail authorities had obtained black warrants for Hayat.

The LHC had previously stayed Hayat's execution and formed a medical board to examine his health.

She said the board had confirmed that the prisoner was not fit for execution and sought suspension in his execution.

Since lifting its moratorium on executions in December 2014, Pakistan has hanged some 420 prisoners, overtaking Saudi Arabia to become the world's third largest executioner nation after China and Iran.