Demonetisation: With banks serving only their own customers, queues get shorter 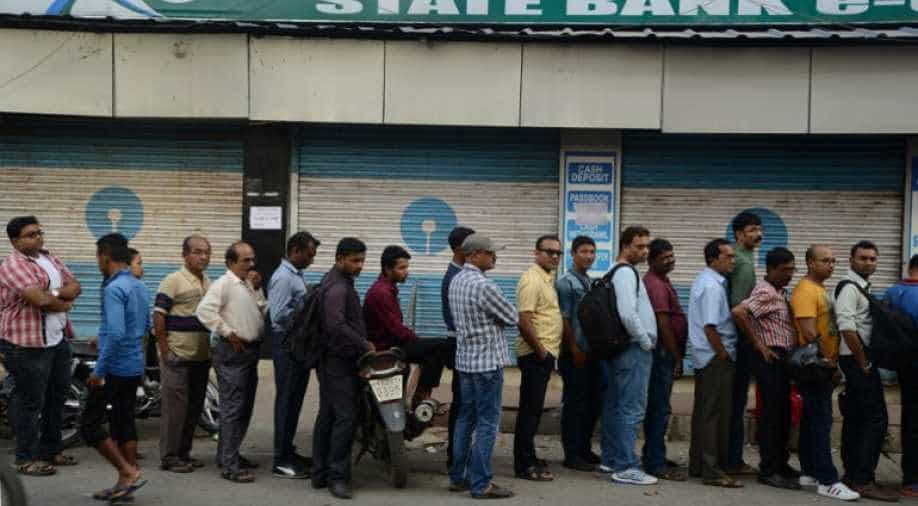 Finance minister Arun Jaitley said the rush at banks has come down significantly and that there is absolutely no panic. 'Queues have become extremely small and this is all over the country,' Jaitley said. Photograph:( AFP )

With banks serving only their own customers today, shorter queues were seen outside them today. But people were still seen waiting in frustration outside ATMs.

Other restrictions have also been placed on people wanting to exchange old currency notes for new; for one, the exchange limit has been halved to Rs 2,000 and many banks are reportedly still using indelible ink to mark the fingers of people who have exchanged old cash for new. That is to stop people from coming back again and again.

The election commission had asked the banks to stop doing so, so as to avoid confusion during the upcoming state polls in the states of Uttar Pradesh and Punjab.

Senior citizens are exempt from the latest restriction that banks serve only their own customers today, and they will be allowed to walk into any bank to change their currency.

Finance minister Arun Jaitley said the rush at banks has come down, significantly, and that there is absolutely no panic.

"Queues have become extremely small and this is all over the country," he said.

With the government and RBI struggling to make cash available across the country, small businesses -- from vegetable vendors to dhabas to kirana stores -- that use cash as a primary mode of transaction have been hit especially hard.

And people have faced trouble getting hold of daily groceries and medicines.

On Friday, the Calcutta high court sought a report from the government on steps taken to "alleviate the sufferings of common people", while the Supreme Court advised the government to act fast for fear that riots might break out.