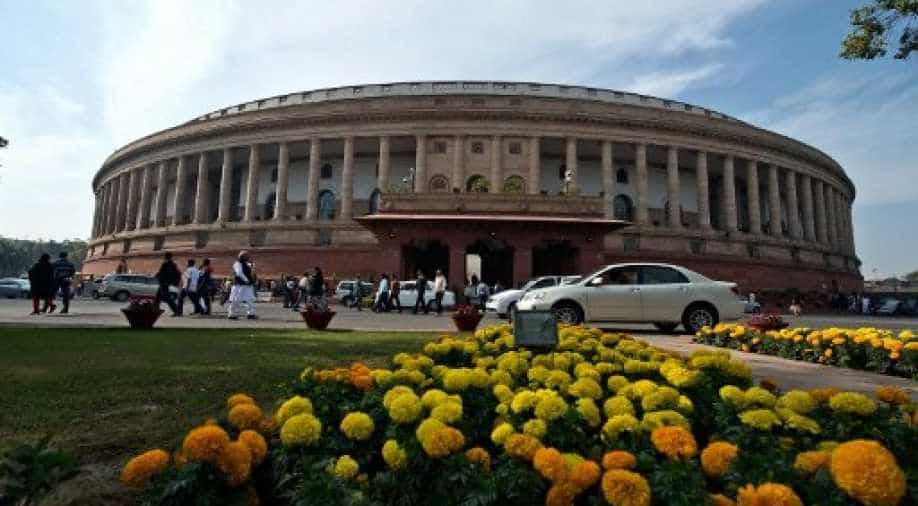 Both the houses of the Parliament have repeatedly been adjourned in the ongoing winter session following chaos over the demonetisation debate. Photograph:( AFP )

India's law minister Ravi Shankar Prasad on Tuesday accused the opposition parties of creating unwarranted ruckus in the Parliament and alleged that those opposing the demonetisation drive did not have anything concrete against the
move.

People avoiding the debate on demonetisation, are running away from truth, he said. "We expect the opposition to participate in the debate. But I would like to ask that we did have a debate on the 16th, it went on for the whole day. But it was stalled. Why?" Prasad questioned.

The Lok Sabha earlier today witnessed chaos as a united opposition stuck to its demand to discuss the demonetisation issue under rules entailing voting.

The speaker adjourned the house till noon and then for the day. Similar scenes were witnessed in the Upper House too with the opposition demanding the Prime Minister's presence in the house and payment of compensation to those who died of trauma while queuing up before banks and ATMs following demonetisation of high value currency notes, ANI reported.

The house was adjourned for the day too.

Earlier today, Indian Prime Minister Modi asserted that the demonetisation of high value currency is just a beginning of his government's deep and continuous struggle against black money. The decision is in the interest of poor and middle class, he said.

Congress on Tuesday alleged that the government's demonetisation drive has unleashed financial anarchy and asked Prime Minister Narendra Modi to tender an apology to the nation.

"What is happening in India is a continual illegality because the money which is there in the bank accounts of the people is their own money and nobody neither the Prime Minister nor the Finance Minister or the Reserve Bank of India have any legal power or authority to deny Indian citizens access to their own bank accounts," Congress leader Anand Sharma said.