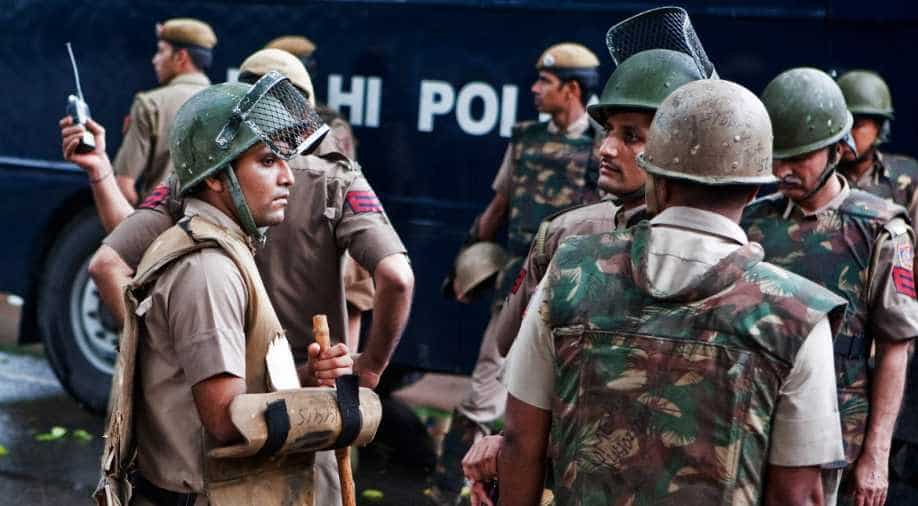 NSUI activists gathered at Jantar Mantar, New Delhi and tried to breach barricades and raised slogans against the federal government before they were whisked away by the police. (Representative Image) Photograph:( Getty )

Police on Monday detained scores of angry activists of the National Students Union of India (NSUI), the student wing of India's opposition Congress party, who staged a massive protest in New Delhi against the federal government's currency clampdown.

Several opposition parties, including the Congress, have chalked out different forms of protests against the government move which has disrupted normal life due to severe cash crunch.

Prime Minister Narendra Modi, earlier this month, announced the abolition of 500 and 1,000 rupee notes that accounted for 86 per cent of cash in circulation. The move was aimed at cracking down on the shadow economy but has brought India's cash economy to a virtual standstill.

NSUI activists gathered at Jantar Mantar, New Delhi's answer to London's Speakers' Corner, and tried to breach barricades and raised slogans against the federal government before they were whisked away by the police.

"We are protesting against the government's demonetisation move which has caused trouble to the students," said an unnamed student protester.

The move to demonetise the large bills is designed to bring billions of dollars' worth of cash in unaccounted wealth into the mainstream economy, as well as dent the finances of Islamist militants who target India and are suspected of using fake 500 rupee notes to fund operations.

However, the move has been largely criticised by the opposition parties citing its poor implementation. They have also sought a reply from Modi in parliament.

India's "black economy", a term widely used to describe transactions that take place outside formal channels, amounted to around 20 per cent of gross domestic product, according to investment firm Ambit.