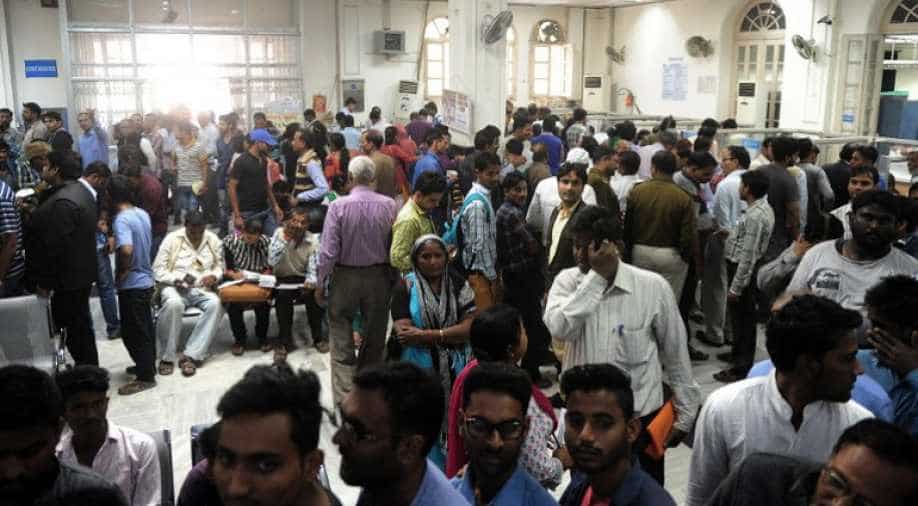 A top finance ministry official said the move would prevent 'unscrupulous persons' from sending large numbers of people from branch to branch to change old 500 and 1,000 rupee notes to get around the crackdown. Photograph:( AFP )

Supreme Court today refused to stay the government's notification demonetising Rs 500 and Rs 1,000 currency notes but asked it to spell out the steps taken to minimise public inconvenience.

The court has also asked the Centre to take immediate measures to alleviate the hardships and sufferings of the common man.

"We will not be granting any stay," a bench comprising Chief Justice T S Thakur and D Y Chandrachud said.

The remarks were made after some advocates insisted on a stay.

Senior advocate Kapil Sibal, appearing for one of the petitioners, however, said he was not asking for a stay on the notification but seeking answers from the government about the steps taken to remove public inconvenience.

Attorney General (AG) Mukul Rohatgi, appearing for the Centre, outlined the idea behind demonetisation and said large number of fake currency has been used to finance terrorism in various parts of the country including in Jammu and Kashmir and northeastern states.

He, however, agreed with the bench that some inconvenience to common citizens occurs as this kind of "surgical strike" is bound to have "some kind of collateral damage".

The bench asked Attorney General Mukul Rohatgi to file an affidavit about the measures already undertaken by the government and the RBI to minimise public inconvenience and also the steps likely to be undertaken in future.

Without issuing any notice to the Centre or the RBI, the bench posted the matter for further hearing on November 25.