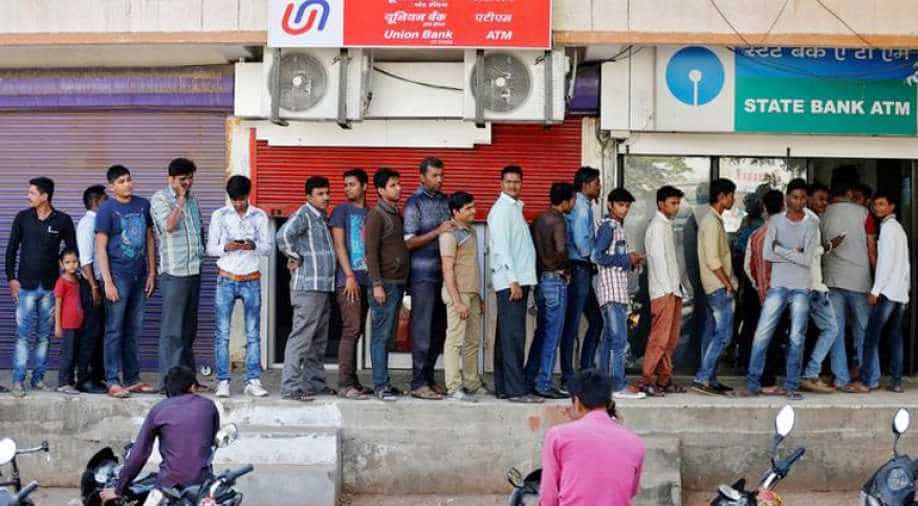 With the RBI increasing the supply of cash, the position in bank branches and ATMs of large lenders is expected to improve substantially on Thursday. Photograph:( Reuters )

As the cash crunch at bank branches across India continues to persist, the Indian government has further scaled up the printing of new 500 rupee notes, The Times of India reports.

Four currency printing presses -- two owned by Reserve Bank of India at Mysuru and Salboni and two government-owned ones at Nashik and Devas, which were operating two shifts -- have now started working three shifts, sources told The Times of India.

The focus now is on augmenting the supply of Rs 500 notes, the sources said.

"Supply to other banks will definitely improve. We are airlifting 500 rupee notes. There will be some pressure initially but in the next few days it will ease," a government source told TOI.

With the RBI increasing the supply of cash, the position in bank branches and ATMs of large lenders is expected to improve substantially on Thursday.

Banks will be using the money to make available funds in centres where they have a large number of salary accounts, TOI said in its report.

ATMs loaded with Rs 100 notes run out of money quickly because the machines only have space to hold so many notes, so 100 notes are the least efficient way to dispense cash.

However the Rs 2000 notes were seldom accepted because so few vendors or stores have enough Rs 100 notes to provide the necessary change.