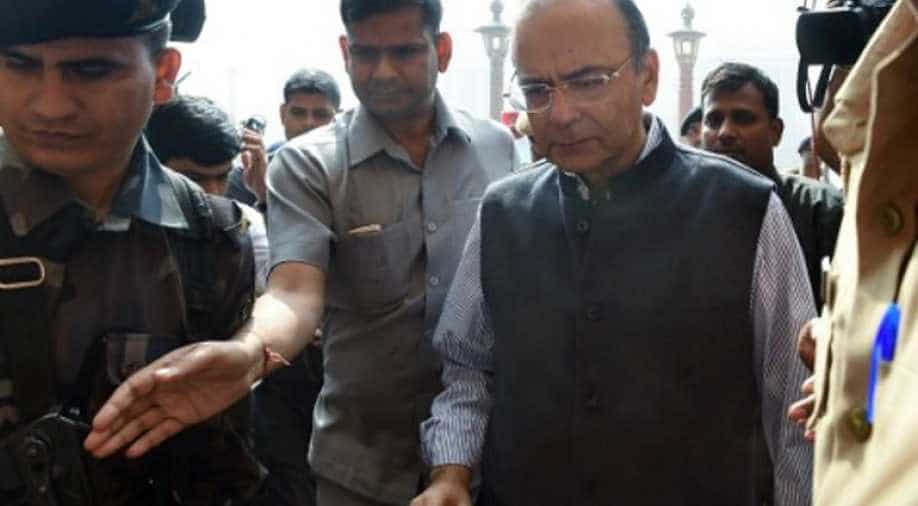 While 63 accounts in the list have been fully written off, 31 have been partially written off and six have been shown as non-performing assets (NPAs), reveal documents accessed by DNA. Photograph:( AFP )

As the debate on demonetisation rages on across the nation, finance minister Arun Jaitley asserted that the government is committed to pursuing cases against all loan defaulters.

He said that the loans given to Vijay Mallya's Kingfisher Airlines, which heads the wilful defaulters' list with outstanding dues of almost Rs 1,201 crore will not be written off.

Jaitley clarified in the Upper House of the Parliament, Rajya Sabha on Wednesday after DNA reported that the State Bank of India (SBI) had started a clean-up of its balance sheets by writing off loans worth about Rs 7,016 crore owed to it by 63 of its top 100 wilful defaulters.

After DNA broke the story, citing documents accessed by the author, several people took to social media outraging about a 'waiver' on his loan with the cash deposits made to the banks in the wake of the demonetisation move.

They accused the banks of using the common man's cash deposits and then using that money to waver the bad loans.

Initiating the debate on demonetisation in the Rajya Sabha, Congress leader Anand Sharma said the "ill-timed" and "ill-conceived" move had unleashed "economic anarchy" in the country and benefited a few.

But Jaitley defended the decision, saying "India cannot afford to live with black money any longer" and "integrity and ethical conduct are pre-requisites for the country's development.

While 63 accounts in the list have been fully written off, 31 have been partially written off and six have been shown as non-performing assets (NPAs), reveal documents accessed by DNA. As on June 30, 2016, SBI has written off Rs 48,000 crore worth of bad loans. The documents, however, don't specify the entry time of these "write-offs''.