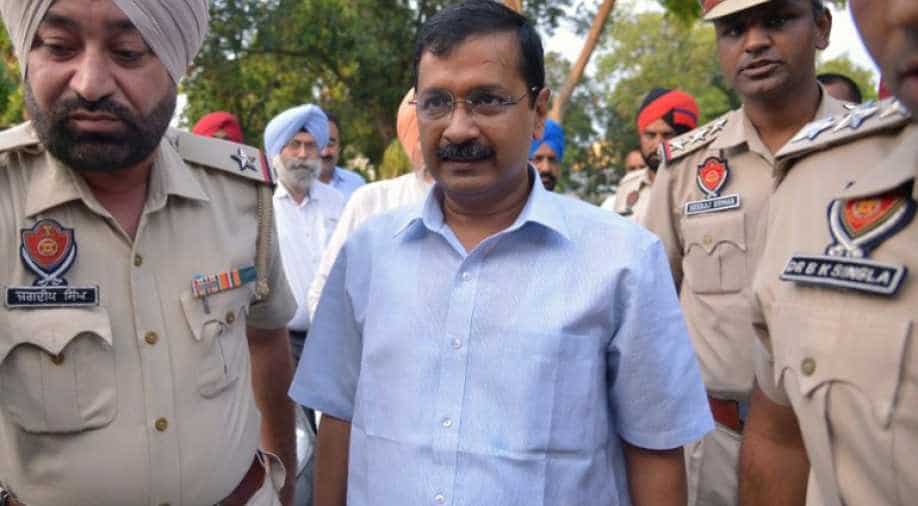 "Public meeting against demonetisation at 11 am at Azadpur Mandi tomorrow. People who are facing problems due to demonetisation reach there," he tweeted. Photograph:( AFP )

New Delhi chief minister Arvind Kejriwal will tomorrow hold a meeting with farmers, traders and labourers in the city in the wake of the Centre's demonetisation move.

"Public meeting against demonetisation at 11 am at Azadpur Mandi tomorrow. People who are facing problems due to demonetisation reach there," he tweeted.

Delhi labour minister Gopal Rai also said a meeting focusing on the scrapping of Rs 500 and 1,000 notes will be held with traders, farmers and labourers.

The move comes a day after Kejriwal urged Indian President Pranab Mukherjee to direct the Centre to withdraw the demonetisation move while demanding a Supreme Court-monitored probe into the scrapping of high currency notes.

Kejriwal, who yesterday moved a resolution against the Centre's decision, had termed demonetisation as "fraud" on the nation, aimed at benefiting a "particular political party", a veiled reference to India's ruling party BJP.