Demonetisation: Both houses of Parliament adjourned as Congress-BJP clash 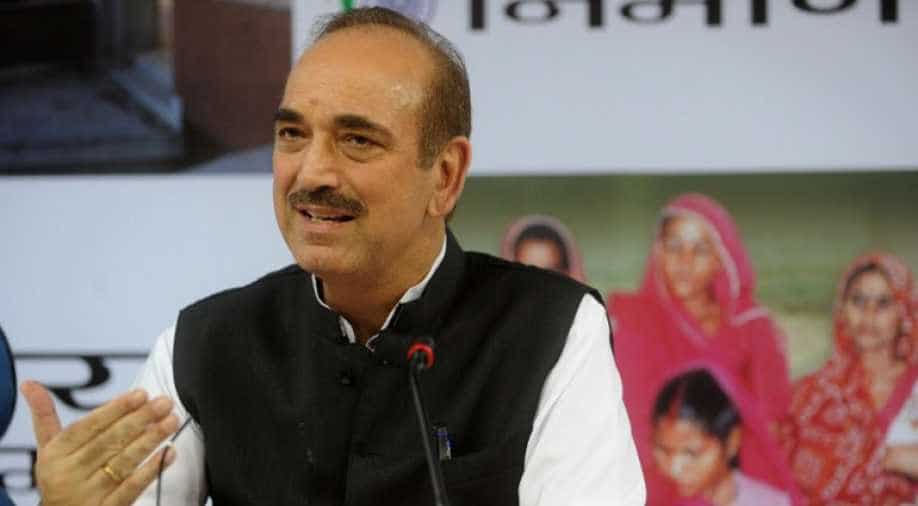 Congress and BJP members today clashed in the Rajya Sabha over Leader of Opposition in the house Ghulam Nabi Azad's remarks during the demonetisation debate yesterday, forcing adjournment of the House thrice in quick succession. Slogans and counter-slogans forced the adjournment of the House first till 1130 hours, then till noon and again till 1233 hours as similar scenes continued.

Soon after listed papers were laid on the table of the House, BJP members moved into aisles shouting slogans and demanding an apology from Azad for his remarks comparing the deaths after demonetisation with those killed in terrorist attacks. The remarks were expunged by the Chair yesterday itself.

Congress members too rushed into the well raising slogans demanding an apology from the Prime Minister and government for the hardship caused to the common man due to the withdrawal of 86 per cent of the currency in circulation in the form of old 500 and 1000 rupee notes.

Deputy Chairman PJ Kurien asked all members to leave the well and return to their seats, assuring them that he would hear their submissions.

Amid the din, minister of state for parliamentary affairs Mukhtar Abbas Naqvi alleged that Azad's statement had given a message to the country that Congress was sympathetic to terrorism and asked why was it so agitated when the demonetisation drive was only to hurt black money hoarders.

The Chair persuaded AIADMK and Congress members to withdraw from the well, telling them that he would give an opportunity to their leaders to raise their respective issues. But with BJP members continuing to stand in the aisles and raise slogans, Congress members too were back in the well shouting slogans.

There was no change in the scenario when the House reassembled as both BJP and Congress members again started raising slogans.

While Congress members trooped into the well, several AIADMK members were seen standing along their seats. As the slogans and counter-slogans continued, the Chair adjourned the House till noon.

When the House reassembled at noon, members from the Opposition again trooped into the well demanding an "apology from the Prime Minister" for causing harassment to the people. The BJP members were also on their feet countering the Opposition.

All pleas by Chairman Hamid Ansari to run the Question Hour proceedings failed to make any impact on the Congress and other members who were raising slogans.

As the heated exchanges between the Opposition and Treasury bench members continued, Ansari said "allow the Question Hour to run. What are you doing? Please go back to your seats."

As the uproar continued, the Chairman adjourned the House for 30 minutes till 1233 hours.

The Lok Sabha was adjourned for nearly an hour today after a relentless Opposition demanded moving an adjournment motion to discuss the demonetisation issue.

As soon as the House met for the day, Leader of Congress in the Lok Sabha Mallikarjun Kharge demanded that the issue of scrapping of Rs 1000 and Rs 500 denomination notes be discussed through an adjournment motion and not the rule proposed by the government.

Parliamentary Affairs Minister Ananth Kumar said the government was willing to discuss the issue and there was no need to press for an adjournment motion.

As he said the entire nation was with Prime Minister Narendra Modi on the issue of demonetisation, a united opposition raised slogans and rushed into the well.

Members of Congress, TMC and Left parties were seen in the well.

"You don't want to run the House," Speaker Sumitra Mahajan said adjourning the proceedings for nearly 50 minutes till 12 noon.

Amid the din, only one question could be taken up during the Question Hour.