Delhi: Over 500 students dress as Einstein in Guinness record bid 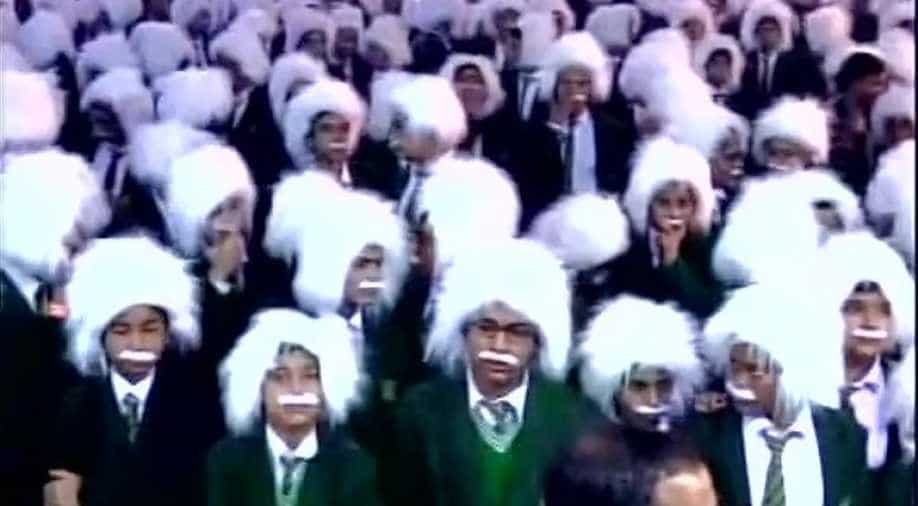 The children were trying to break a previous record made by 319 students of Black Pine Circle School in California's Berkeley. Photograph:( ANI )

Over 500 students dressed up as Albert Einstein on December 9 in a bid to a create a Guinness World Record for the most number of students dressed as the theoretical physicist in the Indian capital of New Delhi.

The aim of the event is to celebrate the Nobel laureate's inventions and theories.

The children were trying to break a previous record made by 319 students of Black Pine Circle School in California's Berkeley. They set the record on November 12, 2015.

The event was a part of the India International Science Festival (IISF)-2016 in New Delhi in which as many as 3,000 children from rural India participated. An initiative by ministry of Science and technology, the five-day festival will focus on the topic of rural development.

The festival was inaugrated by Interior minister Rajnath Singh on December 8, with Israeli Science, Technology and Space minister Ofir Akunis attending as a special visit.