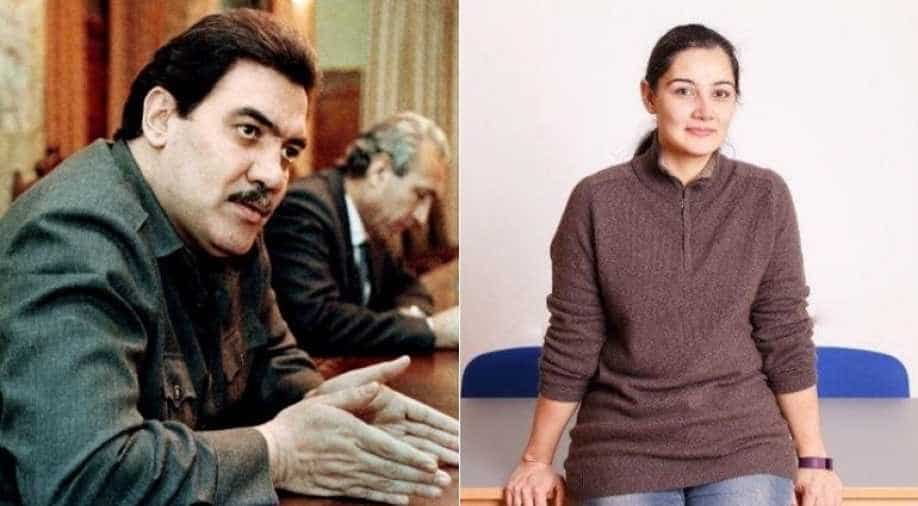 In 1996, Najibullah was brutally murdered in Kabul when the Taliban entered the city that year. His body was hanged his body from a traffic light pole outside the Afghan Presidential palace.

The daughter of the former Afghan President Najibullah, Heela Najibullah has pointed at Pakistan's involvement in the killing of her father.

Speaking exclusively to WION's diplomatic correspondent Sidhant Sibal from Switzerland, Heela said, "Number of reports indicating that it was the establishment in Pakistan" behind the killing of her father, explaining, "Why leaders of Afghanistan who want a strong, independent Afghanistan, self-sufficient Afghanistan are targetted".

Calling Pakistan's role has "destructive", she called for a "thorough investigation" to find who was behind the assassination of her father.

In 1996, Najibullah was brutally murdered when the Taliban entered the city that year. His body was hanged his body from a traffic light pole outside the Afghan Presidential palace, a development that marked the beginning of Taliban rule in the country and sent shockwaves through global capitals.

Heela also spoke on India, saying, "if Afghanistan gave me my roots, India gave me wings to fly and it nurtured me.”

Sidhant Sibal: How do you see current Afghanistan?

Heela Najibullah: We are once again at a very critical political juncture in the context of Afghanistan. I say this, especially following the peace process in the past 2 and a half years. There are elements in the peace process in the way the whole process has evolved that creates quite a lot of concern as to what we have ahead of us. For example, some of the loopholes I would like to highlight is the fact that it has not been inclusive, so the Afghan government was kept out of the whole process. The voice of the Afghans was not really included. In addition to that government needed to have a more solid strategy and mechanisms to ensure that reconciliation is moved forward. So these are some of the gaps, which I as a researcher have observed.  But also I see a struggle between the destructive way of going ahead and building a shared future for peace. Now what is the choice that the Afghan and the international partners would like to support, is something remains to be seen.

Sidhant Sibal: Do you see history being repeated in Afghanistan and can we trust the Taliban?

Heela Najibullah: If you look at the parallels of my father's government and what is going on right now in Afghanistan in terms of peacemaking, remember he in 1987 had his government announced the national reconciliation policy and they wanted to make peace with the Mujahideen. He also requested from Zahir Shah the then king who was based out of Rome, to come back. So the point was too able to have an inclusive political way out of the crisis, caused by the cold war, but currently if you look at it. The narrative, that was used, at that point of time, is very much similar to the narratives of the Mujahideen. Very much similar to the narratives which the Taliban are using. I will give you some examples, the government is illegitimate, the fact that the security apparatus and defence apparatus that exist have to be dissolved. They tried to say some things to my father in different ways. These are some of the political narratives that you see as repetition and when you view this you need to be considerate, you need to be aware to ensure that the future we are making in Afghanistan is not repeated. As far as trust is concerned for the Taliban, since the peace process, whatever they have said in terms of negotiations, actually they have acted against it. So it a reduction of violence targetted assassination, the fact of the matter is they will sit with the Afghan govt now, saying the Afghan govt is illegitimate, so the words need to be taken cautiously. It really on the surface, it has a different meaning, but the actions say something else.

Sidhant Sibal: It is a painful memory about your father, the incident if you can talk about it.

Heela Najibullah: I don't know what aspects of you want me to highlight. It is known very well, worldwide, how he was assassinated along with his brother. Bodies were hanged for 2 days. We tried our best, to negotiate with the UN and other partners to ensure bodies are brought down and that an investigation as to who killed them or assassinated them. Unfortunately, none of that happened at that point of time. I remember talking to him a night before his killing. He called us up on satellite phone, it was 4-5 o clock Indian time. I remember because it was my last grade of school in India. He just wanted to hello and I should take care of my sisters and my mother. He wanted to say hello to everybody. I asked him Taliban is 40 km from you, what does that mean. He said, I dont have time to talk much, take care of your family. That was it, by 1.30 on BBC that he was taken out of the UN. So that is what I can tell u. But what I would like to highlight is, what happened to my father remains a mystery. That is why my mother on 31st of May 2020 did issue statement requesting officially the Afghan government and also the UN to a thorough investigation, to find out who was behind his and his brother's assassination. This needs to be considered because peace without truth and justice is not possible.

Sidhant Sibal: Who do you suspect responsible for the killing of your father? Reports suggest Pakistan might be behind it.

Heela Najibullah: Not one or 2 reports, but a number of reports indicating that it was the establishment in Pakistan, even the Americans have written about this. In last one year, I have heard interviews of Taliban members on Afghan TV channel like Tolo saying it wasn't us who killed Najibullah. The question remains, who killed him, and why was he killed and this is extremely crucial in order to us to understand why leaders of Afghanistan who want a strong, independent Afghanistan, self-sufficient Afghanistan are targetted. This is something that we need to look at, the region needs to look at, the UN needs to look at, especially if we talking about peace, especially if we talking about truth and we talking about justice.

Sidhant Sibal: Personally, do you think, Pakistan is responsible? Your feeling?

Heela Najibullah: When you belong to a political family, so many conspiracy stories, issues but I must say the role of Pakistan in the Afghan war, since the cold war, has been very destructive. If they have hands in killing my father needs to be established. For example, Peter Thomson in his book has mentioned this. Is it mentioned by American envoy or how does he knows, does it has to be determined internationally that the president of another country, Afghanistan is killed in day light and no investigation has taken place. Complete silence.

Sidhant Sibal: Any plans to go to Afghanistan, start it again?

Heela Najibullah: When time is right, I will go where my father and uncle are buried. That is something that will eventually take me back. As long as, political lineage, with my father's achievement, I do have this. I am proud of it, I don't consider myself as a politician. I must say, as the day passes by Afghans, especially, Afghan youth has realised the values my father stood for. Of national unity, of progressive Afghanistan, of democratic Afghanistan. His slogan, watanya kafan is still chanted in Afghanistan. So this is something that encourages a lot of youth, to look up to him and have his vision as a guideline, to establish an independent and strong Afghanistan but for that, they need to have a structure. They need to have a political possibility to raise the voice and represent the idea. Example, I was asking my father's colleagues that why they are not overtly talking about the current situation, and he was basically saying the party wasn't even allowed to be registered. Even though in the past 19 years, we have had democracy. Imagine having an emirate and trying to then raise your voice and that is the most difficult issue at the moment. If you want to have a political structure in place in which the youth can bring his vision come true.

Sidhant Sibal: How do you see India, you have lived in India.

Heela Najibullah: I did grow up in India, I studied my schooling in India. I have not been living in your country now, but I learnt a lot from your country. India and Afghanistan share a very deep history and culture and for me personally, if Afghanistan gave me my roots, India gave me wings to fly and it nurtured me. For me, India played a very constructive role since 2001, with the kind of projects they had in Afghanistan. The kind of relationship they established with the Afghan government, which I laud. The fact of the matter is India did not only built libraries, how reading and talking to Afghans who were excited--cricket grounds India is building, the fact that the Parliament building was built by Indian aid, the roads that connected whole of Afghanistan, so, I was actually studying in India when Afghan students came to be educated and do masters. We have ministers today in Afganistan who studied in India. To me, India has been a friend and all the deeds, Afghans will remember and cherish.