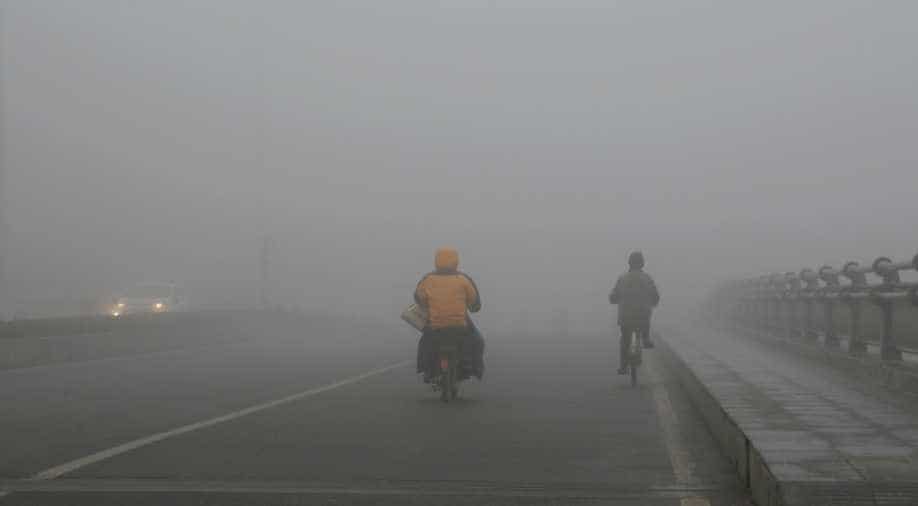 It was a cold morning in the national capital today with minimum temperature settling at 11.5 degrees Celsius.

"The maximum temperature hovered at 25.6 degrees Celsius. The relative humidity oscillated between 68 and 98 per cent," a MeT department official said.

According to the Safdarjung Observatory, the visibility was recorded at 300 metres at 8.30 AM, and foggy condition will continue.

"Forecast for next 24 hours is clear sky with fog at most places and dense fog at isolated places in the morning," he said.

The maximum and minimum temperatures are expected to hover at 25 and 10 degrees Celsius respectively, the weatherman said.

Yesterday, dense fog had reduced visibility to zero in many parts of the city, severely affecting air and rail traffic.