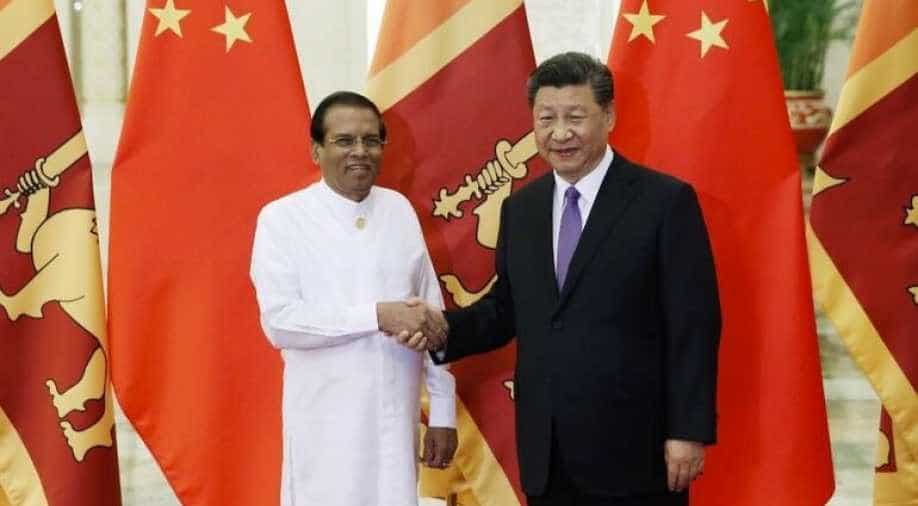 Sirisena made the allegation at the inauguration on Monday of the 356-meter Lotus Tower, which overlooks Beira Lake in Colombo, sparking a political row in the country, which has relied heavily on China for project finance.

Sirisena made the allegation at the inauguration on Monday of the 356-meter Lotus Tower, which overlooks Beira Lake in Colombo, sparking a political row in the country, which has relied heavily on China for project finance. A parliamentary panel will investigate the allegation.

The $104.3 million projects were 80 per cent funded by Exim Bank of China, with China National Electronics Import & Export Corporation (CEIEC) and ALIT recommended as the main contractors by the Chinese government.

ALIT in a statement said it had left the consortium in August 2015, entrusting its partner CEIEC to act solely on its behalf to fulfill the contract with the TRC.

It also said the TRC, according to the contract, paid $15.6 million (2 billion rupees) into CEIEC's account in Exim Bank in October 2012, the same amount to which Sirisena referred to as misappropriated.

"This sum had been used for the project purpose solely," ALIT said in a statement, without elaborating how and when the money was spent.

Sirisena's predecessor, Mahinda Rajapaksa, who was in power when the alleged incident took place in 2012, has denied any corruption in the deal.

Sri Lanka's Committee On Public Enterprises (COPE) said on Wednesday it will probe the allegation.

After coming to power in 2015, Sirisena suspended most Chinese-backed infrastructure projects started under Rajapaksa, citing allegations of corruption and the flouting of rules.

Sirisena's Lotus Tower allegation comes ahead of a presidential election set for November 16, which Rajapaksa's brother Gotabaya Rajapaksa is expected to contest.

Political sources close to Sirisena and Rajapaksa have said talks between the president's center-left Sri Lanka Freedom Party (SLFP) and Rajapaksa's Sri Lanka Podujana Peramuna (SLPP) for a coalition deal have broken down.