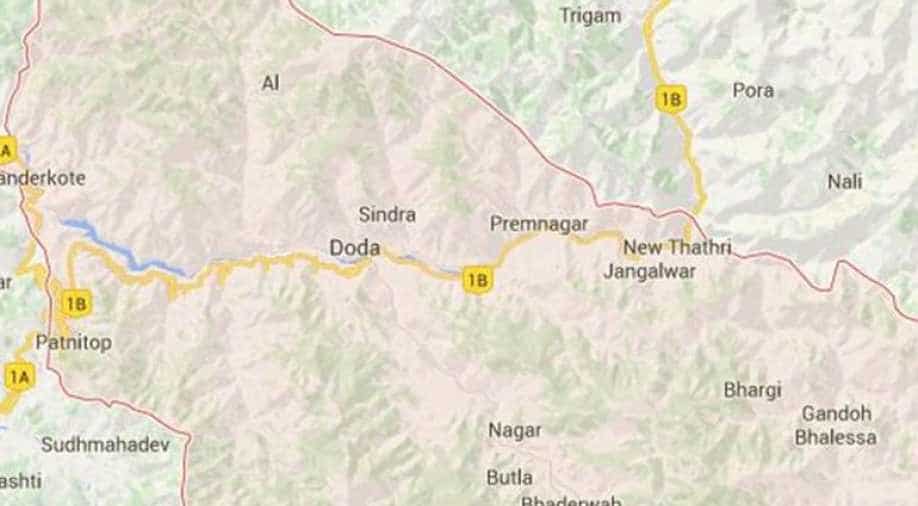 A mini bus was hit by an avalanche on the Bhaderwah-Basholi highway in Doda district. Photograph:( Agencies )

Five persons were killed and several injured after a mini bus was hit by an avalanche on the Bhaderwah-Basholi highway in Jammu and Kashmir's Doda district today.

The avalanche hit the vehicle on its way to Bhaderwah from Bani and it rolled down into a 1500-feet gorge, according to BRO workers clearing the snow and debris near Chattar Gali pass, 38 kms from Bhaderwah.

"As of now three of the injured including the driver of the vehicle have been rescued and sent to Sub District Hospital Bhaderwah," he said.

Five bodies have been retrieved from the snow, reports said.