‘Blood should not be shed in vain’: China seeks strong action in Pakistan suicide attack 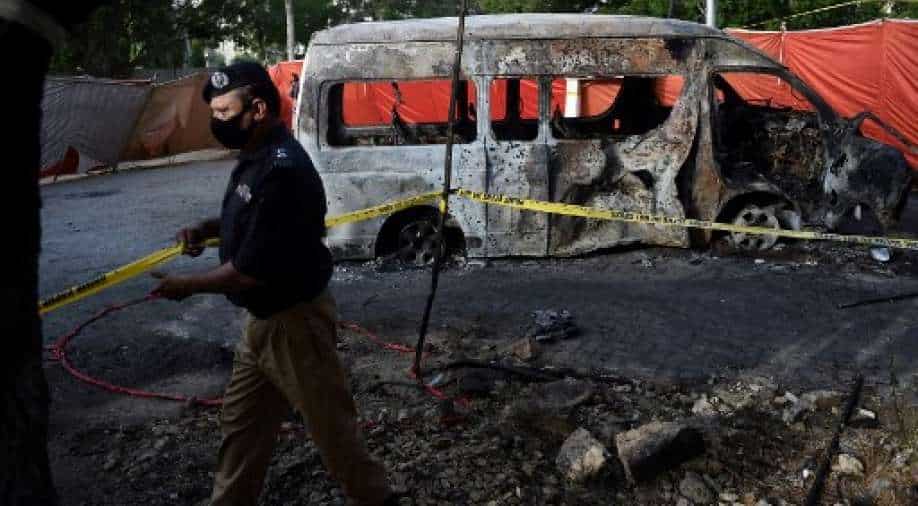 China on Wednesday condemned the suicide attack in Pakistan’s Karachi University that claimed the lives of three of its citizens, and demanded a thorough investigation.

“China will continue to urge Pakistan to deal with the aftermath and the treatment of the injured and resolutely fight against terrorist organisations involved in the case," deputy director of the Chinese foreign ministry Zhao Lijian tweeted on Wednesday.

"The blood of the Chinese people should not be shed in vain and those behind this incident will pay the price," China’s Global Times quoted the foreign ministry’s statement.

Three Chinese tutors and their Pakistani driver were killed after a woman suicide bomber launched an attack outside the university’s Confucius Institute on Tuesday.

According to reports, another Chinese teacher was injured in the attack.

He demanded that the Pakistani side should immediately make a thorough investigation of the incident, apprehend and punish the perpetrators to the full extent of the law, and take all possible measures to ensure the safety of Chinese citizens in Pakistan and prevent such incidents from happening again.

“The Chinese Embassy in Pakistan and Consulate-General in Karachi are working with the Pakistani side to deal with the follow-up matters of the casualties,” the spokesperson said.

Meanwhile, Pakistan Prime Minister Shehbaz Sharif visited the Chinese Embassy in Islamabad on April 26 evening to convey condolences, saying that the government will conduct an in-depth probe into the incident.