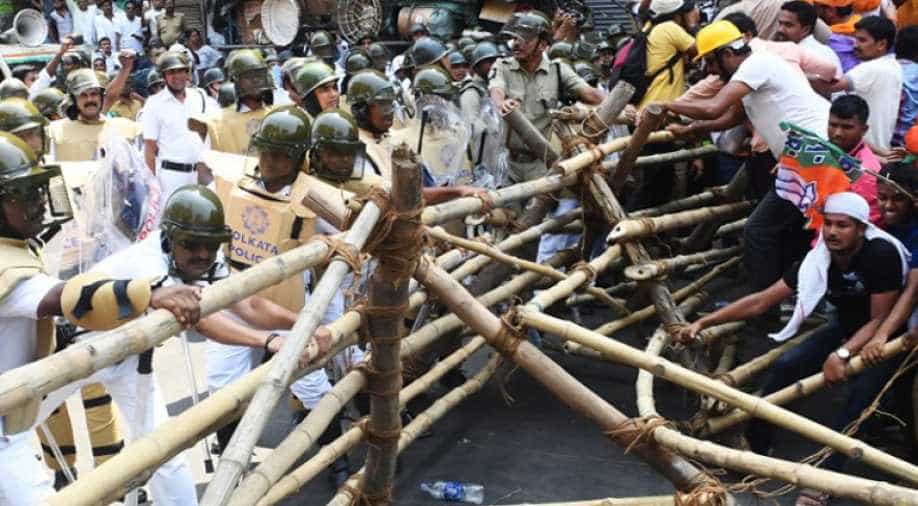 BJP workers clashed with police in central Kolkata in India's eastern state of Bengal leading to arrest of BJP workers.

The BJP were demanding the arrest of TMC (Trinamool Congress)leaders and Imam Barkati for issuing a fatwa against PM Modi.

The state police had already prepared for the day-long protest at Lalbazar, central Kolkata which is widely known as a business district.

The state government had deployed several policemen including Rapid Reaction Force in the Lalbazaar parameter. The situation, however, went out of hand when the BJP workers tried to break the barricade which led to a direct confrontation between BJP workers and the police.

Crude bombs were thrown by protesters from the BJP, said Vineet Goyal, joint commissioner of Kolkata police told Reuters. These set off smoke but did not cause damage or injuries, according to witnesses, while protesters overturned and set ablaze police vehicles.

Senior police officials said about 150 BJP workers and leaders had been taken into custody.

The clash comes just a few days after police had clashed with farmers at a rally in Kolkata on Monday.