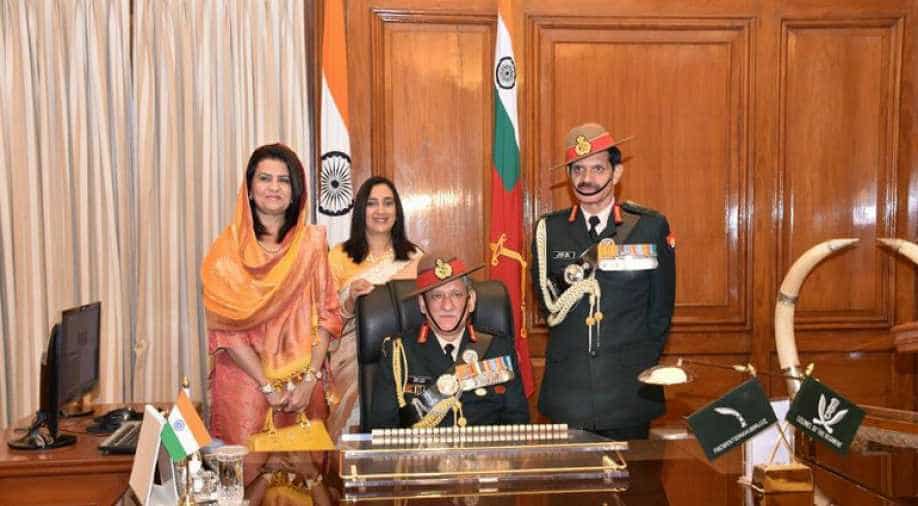 General Bipin Rawat succeeds General Dalbir Singh as the new chief of the Indian Army. In pic: They pose with their wives at New Delhi's South Block. Photograph:( Facebook )

A Guard of Honour was conducted for General Dalbir Singh on the lawns of South Block in India's capital New Delhi before he handed over charge to General Rawat.

The outgoing army chief thanked the government for providing a free hand and implementing the One Rank One Pension (OROP) scheme for retired defence personnel.

He said that infiltration attempts had increased during the year and the number of terrorists killed too was nearly double the previous year, PTI reported.

He said the Indian Army was prepared to meet any challenges, adding that the force had focused on operational preparedness during his tenure.

In Vayu Bhawan, the Air Force headquarters situated in New Delhi, a Guard of Honour was presented to both Air Chief Marshal Arup Raha and incoming chief BS Dhanoa.

The new appointments were announced on December 16 by the government. Chief of Naval staff Admiral Sunil Lanba will head the Chiefs of Staff Committee.