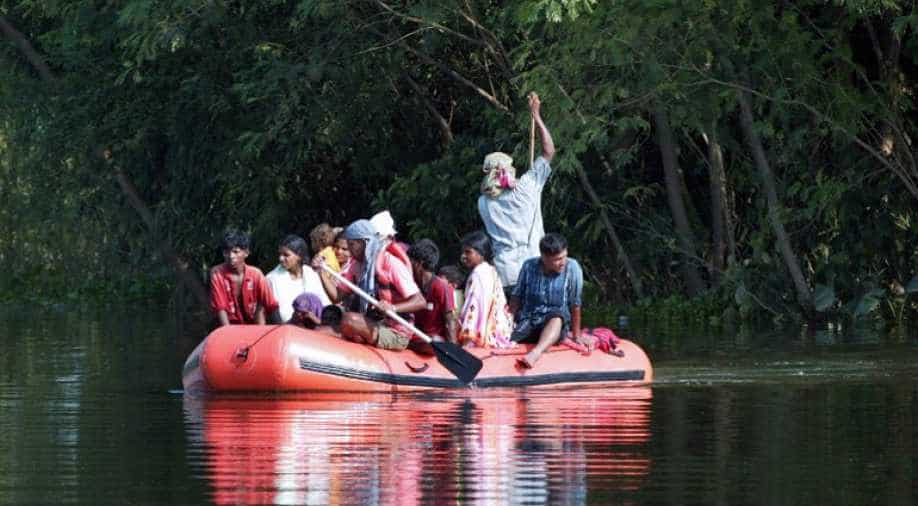 Amateur footage of the tragedy confirmed that the boat was carrying passengers, from a kite flying event, well over its intended capacity. (Representative Image) Photograph:( AFP )

An FIR has been lodged against the operator of the boat which capsized yesterday in the river Ganga, in Bihar's Patna city, killing 24 people.

The operator, who was also on the boat at the time tragedy struck, was one of the lucky survivors.

However, the FIR was registered against him as the number of the people on board was reportedly more than the vessel's capacity.

Amateur footage of the tragedy confirmed that the boat was carrying passengers, from a kite flying event, well over its intended capacity.

The dramatic visuals of the capsizing boat show several passengers swimming towards safety and a few seem to have been pulled into the waters along with the sinking boat.

The boat was carrying around 40 people, of which 24 have been declared dead so far. Meanwhile, Bihar chief minister Nitish Kumar has ordered an inquiry and directed officials to discontinue kite flying at Sabalpur Diara.

Union minister Ravi Shankar Prasad told ANI that arrangements should have been more robust while assuring that an inquiry will expose loopholes and the defaulters will be caught.

Prime Minister Narendra Modi today sanctioned an ex-gratia of two lakh rupees each to the next of kin of those died in the Bihar boat tragedy.

He also approved 50 thousand rupees each to the seriously injured persons from the Prime Minister`s National Relief Fund.