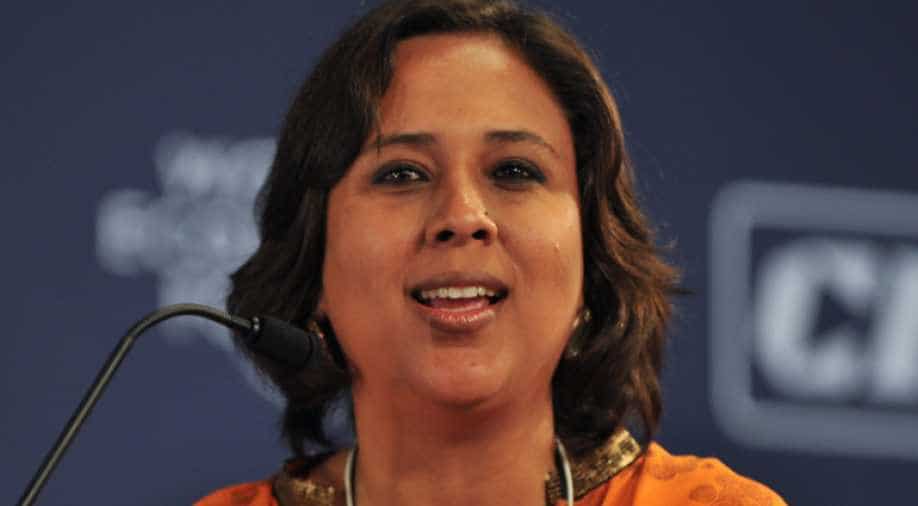 Barkha Dutt is expected to start her own venture, although her future course of action remains unknown at the moment. (Wikipedia commons) Photograph:( Others )

Barkha Dutt, a senior Indian television journalist, has decided to quit NDTV after 21 years of service.

She is expected to start her own venture, although her future course of action remains unknown at the moment.

Dutt, who anchored the popular weekly show 'We, The People' and the daily current affairs programme 'Buck Stops Here', had joined NDTV in 1995.

NDTV posted a statement on its website: "In 1995, Barkha Dutt joined NDTV straight out of college, and now, after 21 wonderful years together, Barkha has requested that she would like to explore some new opportunities, pursue other interests and work on her own ventures.

In all her years with NDTV, she has been hugely productive and has grown with the organisation, becoming an acclaimed, award-winning journalist of repute across India and many parts of the world. We are certain that Barkha will go from strength to strength and NDTV wishes her all the very best."

Dutt has won several accolades for years of reporting, especially in Kashmir. She was also the recipient of India's fourth-highest civilian award -- the Padma Shri.

She was also embroiled in the Radia Tapes controversy, where she had several telephonic conversations with a lobbyist over the spectrum sale in the country. Dutt later apologised for her "error in judgement".

She was criticised for her 2008 Mumbai attacks as well for identifying on live television where the hotel guests were hiding from a militant attack.

Dutt studied at St. Stephen's College in Delhi, then went on to do a mass communication story at Jamia Millia Islamia and obtained a Master's degree in journalism from Columbia University in the US.