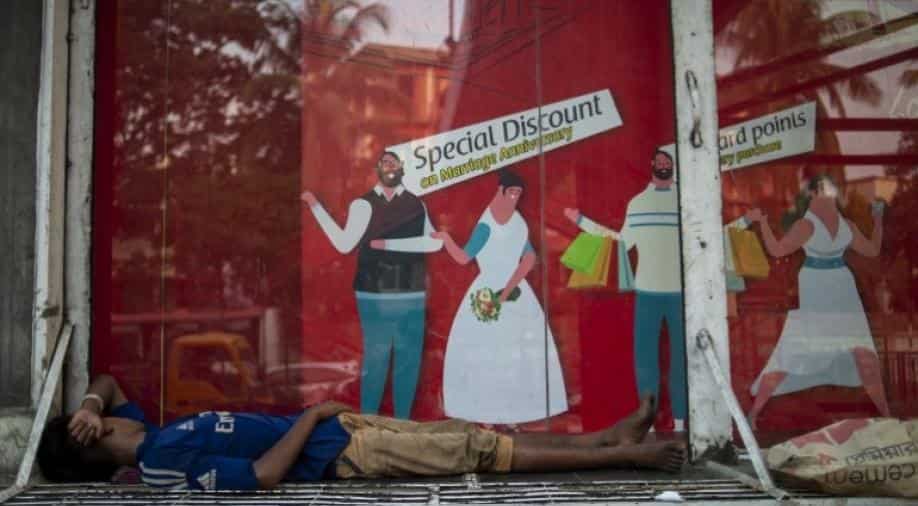 A Bangladeshi homeless youth sleeps on the window ledge of a footwear shop. Photograph:( AFP )

The cabinet announced the end of the decades-long policy that reserved more than half of all government jobs for the offspring of veterans from Bangladesh's war of independence and disadvantaged ethnic minorities.

Bangladesh on Wednesday abolished a controversial quota system for civil service jobs that had been the target of major street protests that paralysed parts of the country earlier this year.

The cabinet announced the end of the decades-long policy that reserved more than half of all government jobs for the offspring of veterans from Bangladesh's war of independence and disadvantaged ethnic minorities.

Cabinet secretary Mohammad Shafiul Alam said quotas set aside for top-tier public service positions would be scrapped entirely, but some reservations for lower-level positions would remain.

Recruitment for the most sought-after jobs would be determined by examination only, he said, adding a government decree to that effect would be issued later in the week.

The contentious quota scheme was the subject of enormous rallies in April that brought Bangladesh, a Muslim-majority democracy of 160 million, to a standstill and saw more than 100 injured.

Tens of thousands of students demanded reforms of rules granting almost one-third of highly sought-after government jobs to the descendants of veterans of the 1971 war. Protesters also wanted to reduce the quota for ethnic minorities to 10 per cent of government jobs.

Prime Minister Sheikh Hasina, whose father led Bangladesh's push for independence from Pakistan, had long refused to amend the system.

There was no immediate response to the government's announcement from protest leaders, some of whom were detained in a sweeping crackdown in recent months by Bangladesh's security forces.

Human rights groups have warned Hasina's administration is clamping down on dissent in the lead up to elections in December. Her main opponent, Khaleda Zia, was jailed on corruption charges in February.