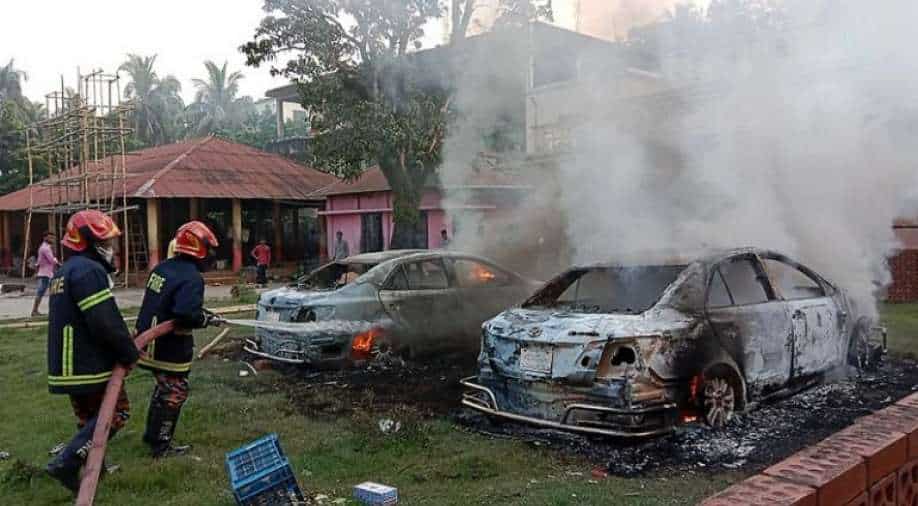 Iqbal Hossain, who had been absconding, was found near Sugandha beach area of Cox’s Bazar.

The Bangladesh Police has detained a man on Thursday for placing a copy of the Quran at a Durga Puja pandal in Bangladesh on October 13, according to the Dhaka Tribune.

Iqbal Hossain, who had been on the run, was apprehended in Cox's Bazar's Sugandha seashore region.

Accused Iqbal Hossain has been identified as the main suspect who placed a copy of the Quran at Nanua Dighir Par puja mandap on October 13 that led to communal violence in Bangladesh's Comilla, according to the Dhaka Tribune, citing a statement by Comilla Superintendent of Police (SP) Faruk Ahmed.

He was apprehended late Thursday and quickly deported to Cumilla.

CCTV ftg released by #Bangladesh police, claimed to have captured the man who allegedly had placed the Holy Quran at the feet of an idol leading to communal riots in #Cumilla.The man as claimed by police, identified as Iqbal Hossain, a Muslim. Top police source hints a conspiracy pic.twitter.com/XZHoxeZ8RZ

Iqbal was caught on CCTV footage taking the Quran from a mosque and walking to the Puja location.

Hossain, 35, of Comilla's Suhanagar neighbourhood, is accused of placing the Holy Quran at one of the Durga Puja pandals on October 13, resulting in rioting that killed at least three people.

After analysing hours of video footage from CCTV cameras deployed at Durga Puja locations, the guy was identified.

In the video, Hossain can be seen stealing the Quran from a nearby mosque and visiting a Durga Puja venue.

Later, he was spotted going away with a club that had been seized from a Lord Hanuman statue.