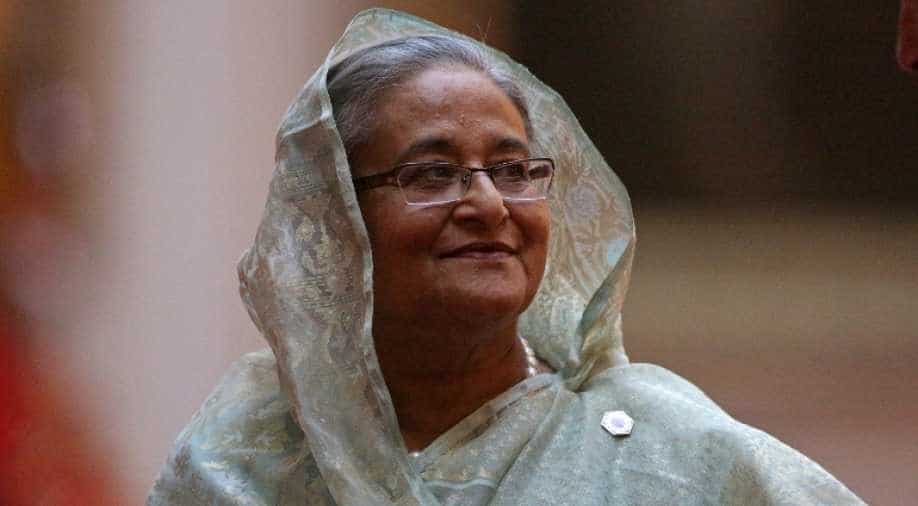 The dates will be finalised during External Affairs Minister S Jaishanka's two-day visit to Dhaka on August 20-21, Bangladesh state media has reported.

Prime Minister Sheikh Hasina is scheduled to visit India in October this year during which she will discuss bilateral issues including water sharing in common rivers, Foreign Minister AK Abdul Momen said here on Sunday.

It will be Hasina's first visit to India after assuming office for the third consecutive term.

The dates will be finalised during External Affairs Minister S Jaishankar's two-day visit to Dhaka on August 20-21, Dhaka Tribune has reported.

The agenda of Hasina's visit will include discussion on all bilateral, regional and international issues, with a greater focus on the issue of sharing water from 54 trans-boundary rivers between the neighbours.

Previously, the Teesta water agreement was slated to be inked between the two countries on September 6, 2011, during the visit of former Indian Prime Minister Manmohan Singh to Dhaka. But the proposed deal was called off after repeated objections by West Bengal Chief Minister Mamata Banerjee.

The water-sharing issue was once again discussed during Prime Minister Narendra Modi's visit to Dhaka in June 2015. Prime Minister Modi had assured Shiekh Hasina that the waters of the river would be shared while looking forward to achieving a quick resolution to the issue.

India and Bangladesh share 54 common streams with the Teesta being a major one and the water sharing dispute between the two neighbours is not something new.

The Teesta River is a 309 km long river flowing through Sikkim.

It carves a way for itself through the verdant Himalayas in temperate and tropical river valleys and forms the border between Sikkim and West Bengal.

The flow of the river is crucial for Bangladesh from December to March for that they require 50 per cent of the river's water supply, while India claims a share of 55 per cent.

However, Momen denied media reports that India has sought land from Bangladesh to expand the Agartala airport in Tripura.

"I did not get any letter in this regard... I have no knowledge about it," he was quoted as saying.