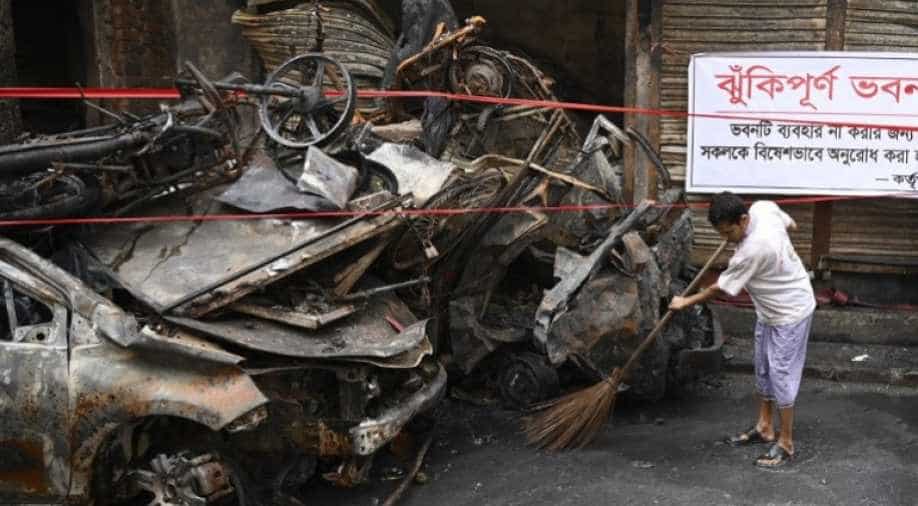 Five task forces led by military officers, police and officials have raided Old Dhaka buildings and cut off utilities to at least 50 buildings in the past three days after chemical warehouses were found in their basement and under floors.

Bangladesh is cracking down on chemical warehouses in a historic Dhaka district a week after a fire killed 70 people in buildings used for deodorant and plastics storage, an official said Sunday.

Five task forces led by military officers, police and officials have raided Old Dhaka buildings and cut off utilities to at least 50 buildings in the past three days after chemical warehouses were found in their basement and under floors.

The owners of the buildings have been ordered to relocate the flammable chemicals to safer places outside the capital as part of the initiative launched on Thursday.

"We are determined there will be no flammable chemical warehouses in any Old Dhaka residential area," Dhaka's mayor Sayeed Khokon told AFP.

He said the drive would continue until April 1.

The crackdown is in response to a massive fire which broke out on February 21 at Chawkbazar, a 300-year-old historic Old Dhaka district, killing at least 70 people and injuring another 50.

Fire service officials said a warehouse of deodorant and granular plastic in one of the five buildings that caught fire fuelled the inferno, which took more than 12 hours to control.

The disaster recalled a June 2010 fire in the nearby neighbourhood of Nimtoli in which 123 people were killed. Again a blaze ripped through residential buildings that doubled as chemical warehouses.

Residents said chemical storage is a lucrative business in Old Dhaka, which was founded by the Mughals in 1608, where building owners allegedly bribe authorities to turn a blind eye to the stores.

On Saturday the taskforce faced resistance from Old Dhaka traders, prompting the authorities to halt the drive for several hours. It resumed after intervention by the mayor.

According to one survey conducted in 2015, some 70 per cent of Old Dhaka residential buildings, home to three million people, are used to hoard chemicals and other goods.

"Each of this warehouse is a ticking time bomb. Chemicals are stored haphazardly there without following any proper guidelines. There will be more disasters if these warehouses continue to remain there," he said.

The city authorities launched a similar drive after the 2010 fire, but it ground to a halt following pressures from business owners.