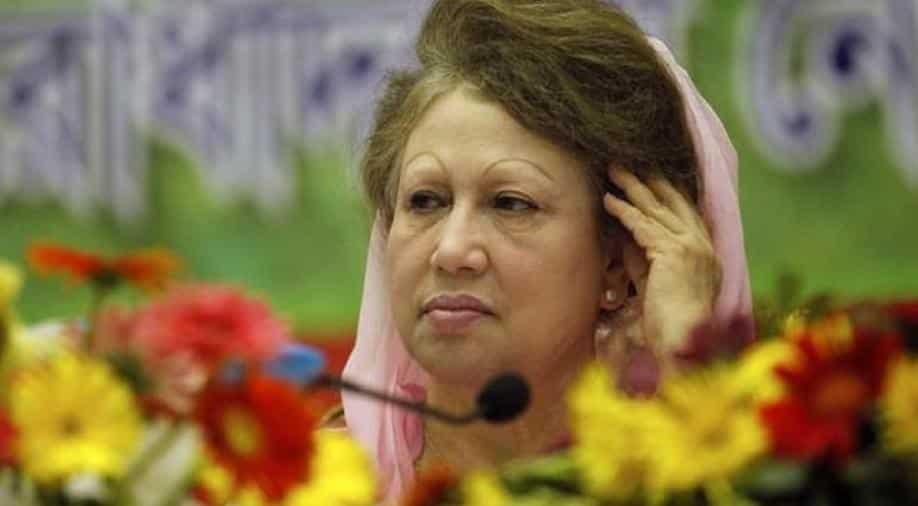 Bangladesh's highest court on Wednesday ordered opposition leader Khaleda Zia released on bail after her lawyers argued she was unwell.

In a unanimous decision, the Supreme Court upheld another court's decision to grant her bail on a graft case in which she was sentenced to five years in jail in February, her lawyer Joynal Abedin said.

The Supreme Court has appointed a four-member bench of the Appellate Division headed by Chief Justice Syed Mahmud Hossain to hear the pleas. Earlier, it was scheduled to deliver a judgment on Tuesday, however, later the apex court postponed the date of hearing after Attorney General Mahbubey Alam and Khaleda`s lawyer Zainul Abedin placed new arguments in their favour.

On Monday, the attorney general stuck to the previous argument that Khaleda`s lawyer has failed to submit appropriate medical certificates for granting of bail.

He further argued the funds belonging to orphans had been embezzled from the Prime Minister`s fund in the Orphanage Trust case, a fact which was not considered while granting bail to Khaleda.

Mahbubey Alam added that the High Court could hear and dispose of the appeal filed by Khaleda challenging the trial court verdict that sentenced her to five years` imprisonment in this case.

Earlier on March 12, the high court had granted a bail to Khaleda. Later, the Anti-Corruption Commission (ACC) and the government moved the appeals before the apex court challenging the high court`s bail order.

On February 8, Special Judge`s Court-5 of Dhaka sentenced Khaleda to jail after it had found her and five others guilty in the graft case. Khaleda along with her elder son Tarique Rahman and four others were sentenced to ten years of rigorous imprisonment along with imposing a fine of over 2.1 crore taka (approx Rs 1.6 crore).

The case was filed by the ACC in July 2008, alleging misappropriation of funds amounting to 2.1 crore taka that were said to have come from a foreign bank in the form of grants for orphans.