Awami League's flirting with Hefazat is dangerous for Bangladesh 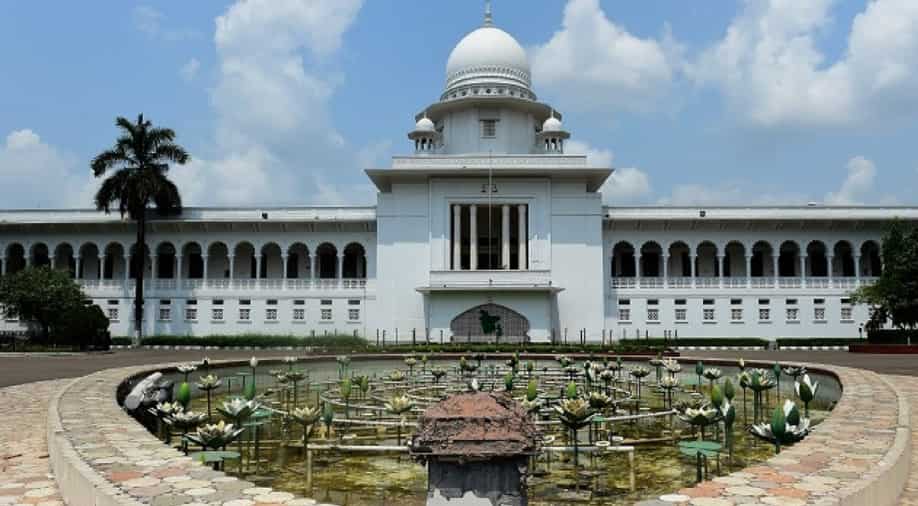 Bangladesh Supreme Court after the removal of a controversial statue that Islamist radicals had protested against for months. Photograph:( DNA )

Much like the ruling Bharatiya Janata Party (BJP) in India, Bangladesh's Awami League has adopted the strategy of letting the masses guess their next move. The Indian public was surprised when BJP candidate Yogi Adityanath was declared as the chief minister of the state of Uttar Pradesh, mainly because he was denied the status of the chief ministerial candidate before the elections.

A similar approach was adopted in Bangladesh by the ruling Awami League regarding a newly-founded, yet influential, religious-social outfit called Hefazat-e-Islam. Bangladesh's government allowed the Islamist pressure group to hold a huge anti-blogger rally in early 2013, where the latter went way beyond just denouncing secular thinkers. Later, the party denied permission for a second rally to the outfit and clamped down on thyem with force that resulted in several fatalities. Later, the government granted land and other facilities to them for developing religious infrastructure. Such conflicting moves have left people bewildered.

In a controversial act, the party officially recognised one degree of Qawmi Madrassa, an informal education system that is closely related to the pressure group. Correspondingly, another demand by the same group was acknowledged when the government removed the 'Bengalised' statue of Greek goddess Themis from the Supreme Court. The statue symbolises justice and fairness. The Hefazat group expressed its gratitude to the Prime Minister for the action. However, it was later discovered that the statue was only to be reinstalled in an inner and less visible spot within the premises of the same court.

Political enthusiasts and analysts are stumbling to make any sense out of these unfolding developments. The Awami League strategists must be grinning with glee as they keep calling the uninterrupted diversionary shots. The real issues, on the other hand, hardly make it to the headlines.

However, it is imprudent to ignore the supposed rise of the regressive Islamist force as it clearly aspires to fill the vacuum of an opposition party in the political space since the main erstwhile opposition - the centre-right Bangladesh Nationalist Party - has been sidelined.

The Themis statue is the first of its kind sculpture in Bangladesh. It is situated beside the National Eid Gah, where Muslims congregate twice a year for the biggest Eid prayers of the country. Notwithstanding the sense of high drama on the matter, the Awami League appears to have acted wisely.

Clamour for removal of hundreds of other similar statues have emerged such as 'The mother and children' of 1971 in Eskaton, Central Dhaka and 'The three Freedom Fighters' that includes a woman, on the Airport Road. The group also wanted the Baul statue in front of the Airport removed. They got the statue removed, despite resistance from liberal Dhakaites.

Another notable demand made was for the removal of all statues from the entire country. As one rightly says, give them an inch and they will take a mile. During the 2013 anti-blogger rally, the group also made a 13-point-demand charter which would essentially turn Bangladesh into one of the most regressive theocracies in the world. They have not abandoned that position yet. In an instance of 2008, when the government attempted to draft a comprehensive women's empowerment bill, the outfit and its allies started a protest that ultimately led to scrapping of the same.

The case of the Themis statue depicts Hefazat's sense of priority in polity, similar to the BJP's game of putting Gau-Raksha above poverty alleviation. Hopeful liberals of Bangladesh still want to put their faith in the officially secular Awami League. Politicking with emotive religious issues has become an unfortunate reality in South Asia. One can only hope that the grand old party of Bangladesh will stick to its progressive credentials in the final count to uphold the true spirit of the liberation struggle of Bangladesh which has been the prime revolutionary event in the modern political history of the land.