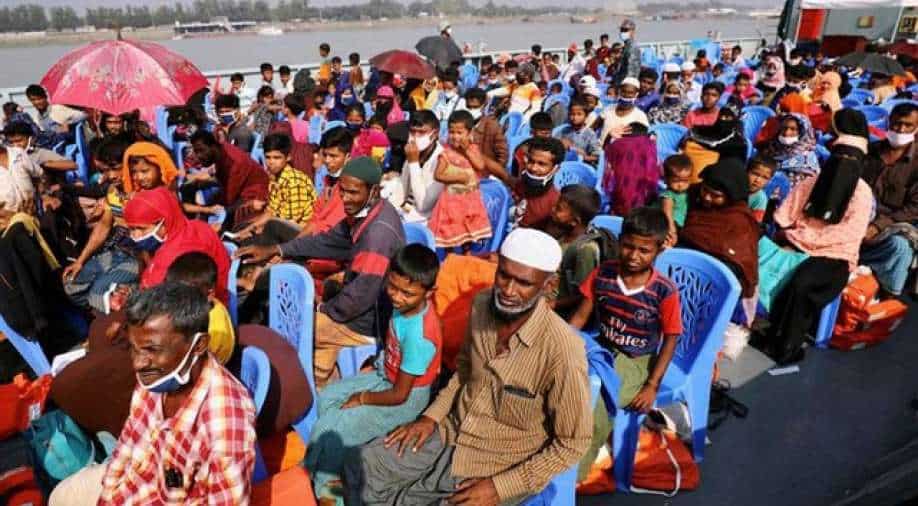 The government and several NGOs are struggling to ensure healthcare for the Rohingyas who have been relocated to Bhasanchar from the Cox’s Bazar Rohingya camp in Bangladesh. It is a challenge to bring critically ill patients from the island to any hospital on the mainland.

The number of births and deaths in the last year is almost the same. The government, however, has been very successful in preventing the Covid-19 infection and vaccinating the Rohingya population.

The government is now conducting various campaigns to vaccinate the entire Rohingya population.

There is only one specialised hospital with just 20 beds on Bhahsanchar island for Rohingyas.

A baby was hospitalised for several days with diarrhoea. The mother claimed that her child has become much better after receiving treatment and medicine from the hospital. "My baby got better after being given oxygen and injections. The doctors have treated him well," the mother said.

In another scenario, a woman who was admitted to the hospital with symptoms of kidney disease is not getting the required treatment. While speaking to WION, the woman said, "I have a kidney problem. It hurts a lot here. I'm in pain."

Gonoshasthaya Kendra is working to ensure the well-being of Rohingyas with funding from UNHCR. Last week, for the first time in almost a year, a young paediatrician joined the Kendra.

It has been noted that the doctors have been struggling to provide first aid, especially to patients who urgently need better treatment and are at high.

According to the clinic manager, critically ill patients are often at risk of death due to the distance from the mainland to Bhasanchar island. There is also a lack of adequate transportation.

As per Refugee Relief and Repatriation Commission, 255 children have been born in Bhasanchar in the last year. In one year, 207 Rohingyas died in the camp. Most of those who died were children and the elderly. However, in the last few months, the death toll has dropped significantly.

Despite all these challenges, the success achieved in the health sector in the last year is quite impressive.

Bhasanchar is the only place where not a single Rohingya has been infected with Covid yet.