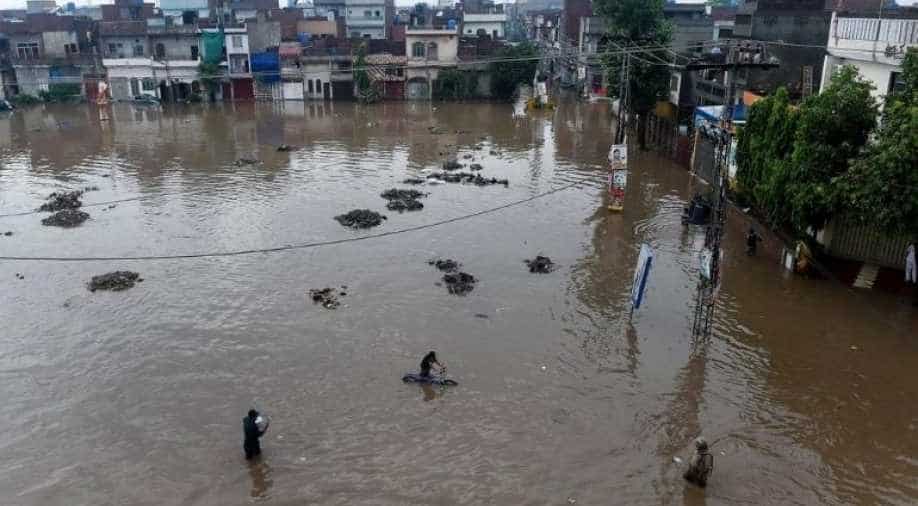 The citizens of Pakistan who voted for Prime Minister Imran Khan are now regretting their decision after seeing his inability to handle difficult situations.

In response, Imran Khan enlisted the generals of the Pakistan army to clean up gutters.

I have asked the NDMA Chairman to go to Karachi immediately and start the clean up in the aftermath of the rain.

The National Disaster Management Authority (NDMA) said the northwestern province of Khyber-Pakhtunkhwa was the worst-hit where 19 people were killed.

Another 12 died in the southern province of Sindh, while 10 died in Gilgit-Baltistan, eight in Punjab, eight in Balochistan and one in Pakistan-occupied Kashmir, according to the NDMA, adding that another 15 people were injured.

It said that 158 houses were fully destroyed and another 128 partially damaged across the county.

The Army took up relief work in Sindh, one of the worst hit ares. They said a rescue operation was done in Dadu district where 20 villages were inundated.

People in Faisalabad were so furious with the hollow promises of the elected candidates of their region that they put their picture over sewages.

Streets of Lahore look the same and rains in Karachi almost turned fatal.

Lieutenant general Muhammad Afzal, a graduate of the national defense university in Islamabad, served the Pakistani army before he was appointed chairman of Pakistan's disaster management authority.

He was in charge of the entire operation. However, his shawdy work was exposed when the streets of the country returned to their original condition in two weeks despite the clean-up.