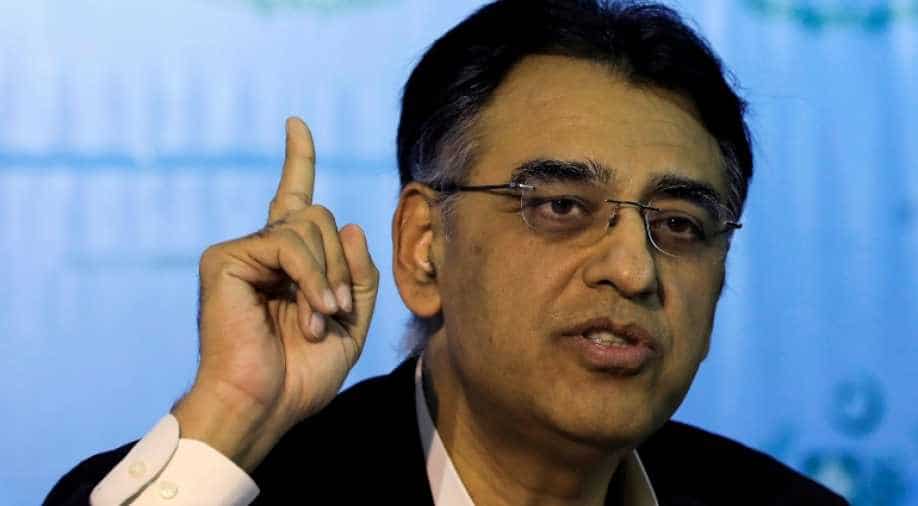 Pakistan has received $1 billion each from Saudi Arabia and the UAE as part of the bailout package by the two Gulf nations to help shore up Islamabad's dwindling foreign currency reserves.

China on Friday skirted direct response if it would provide a bailout loan to its all-weather ally Pakistan to tide over the present balance of payment of crisis.

Pakistan's Finance Minister Asad Umar on Thursday told reporters in Islamabad that after the support from Saudi Arabia and the UAE, an economic support package had been finalised with China and the government was expecting financial assistance from Beijing within next few days.

When asked for her reaction to Asad's comments, Chinese Foreign Ministry spokesperson Hua Chunying told a media briefing that she has no specific information on the loan.

"As you know, China and Pakistan are all-weather strategic cooperative partners. China has always provided support and assistance to Pakistan's economic and social development within its capacity. We support Pakistan in taking active measures to cope with and tide over the immediate and temporary difficulties," she said.

"As for the specific issues you mentioned, I don't have the relevant information," Hua said.

Pakistan has received $1 billion each from Saudi Arabia and the UAE as part of the bailout package by the two Gulf nations to help shore up Islamabad's dwindling foreign currency reserves.

The kingdom has already deposited $2 billion, in two tranche, in the State Bank of Pakistan.

Earlier, reports said that China has agreed to provide two billion dollars after prolonged talks between the two countries.

Pakistan is nearly broke with the drying up of foreign cash reserves and mounting external debt.

To stave off the crisis, Islamabad has turned to Saudi Arabia and its greatest ally China. Prime Minister Imran Khan last year travelled to Riyadh and Beijing to seek loans. While Khan managed to secure a loan of $6 billion from Riyadh, it is not known if China has made any commitment to Pakistan after publicly vowing to help the country "tide over" the crisis.

According to the SBP, Pakistan's foreign currency reserves dropped to a 57-month low of $6.63 billion as of January 18, 2019. With these reserves, Pakistan can hardly cover one-and-a-half-month of imports. The reserves have continued to drop for the last two years due to the country's high foreign expenditure and low income, which is better known as the current account deficit.

The deficit was recorded at $8 billion in the first half (July-December) of the current fiscal year 2018-19, which was slightly lower than $8.4 billion in the same period of previous year.

This assistance has improved Pakistan's position in terms of import payments and debt repayment in the short term.

Experts say that the Chinese have pushed Pakistan into heavy debt through the CPEC, a charge denied by Beijing.

Umar earlier said that Pakistan faced a total of $27 billion deficit which include $nine billion debt repayment for this year.