After criticising vote, US charts careful course on Bangladesh 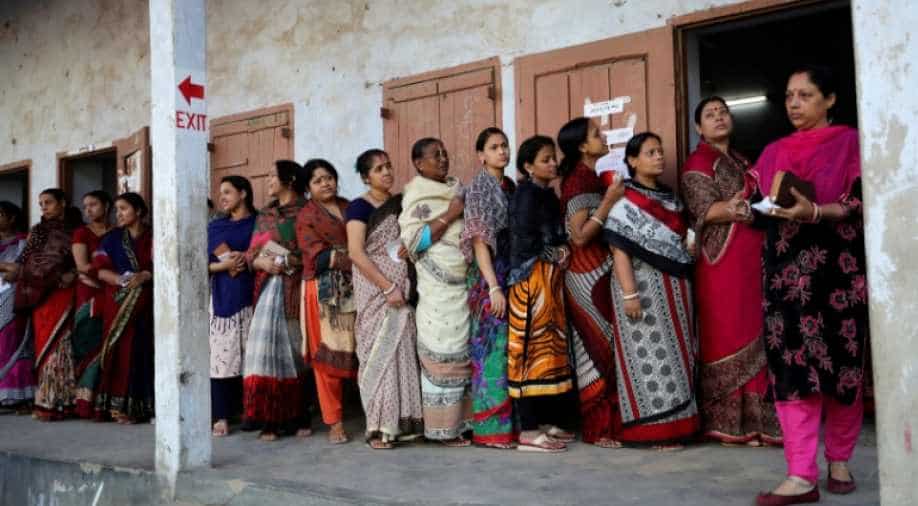 Voters wait to cast their vote outside a voting center during the general election in Dhaka, Bangladesh. Photograph:( Reuters )

As the eighth most populous nation in the world, with a moderate Muslim population that largely welcomes cooperation with the West, Bangladesh has a warming relationship with the United States -- yet not one so close as to give Washington significant leverage.

Bangladesh faced widespread international criticism over the conduct of recent elections, but the United States looks set for business as usual as it sees strong common interests with Prime Minister Sheikh Hasina.

As the eighth most populous nation in the world, with a moderate Muslim population that largely welcomes cooperation with the West, Bangladesh has a warming relationship with the United States -- yet not one so close as to give Washington significant leverage.

Sheikh Hasina's Awami League won an incredible 288 seats in the 300-seat parliament in the December 30 election, with opposition leader Khaleda Zia -- her bitter nemesis for decades -- in jail on charges her opponents say are politically motivated while the press faces draconian new restrictions.

The US State Department voiced concern ahead of the election, accusing Bangladesh of foot-dragging on letting in electoral observers and urging greater efforts to ensure a free vote.

The United States followed up after the election with a letter by President Donald Trump that wished Sheikh Hasina success but asked her to "renew her commitment to protecting human rights, individual freedom of expression and democratic institutions," a US official said.

Sheikh Hasina is a sworn enemy of Islamists, mounting a crackdown on the Jamaat-e-Islami party that included hanging five of its leaders over charges related to Bangladesh's 1971 war of independence from Pakistan.

She has also earned widespread praise in Washington for taking in more than 700,000 Rohingya refugees who fled from neighbouring Myanmar in a brutal campaign the United States has called ethnic cleansing -- stopping the crisis from become more regional in dimension.

Michael Kugelman, senior associate for South Asia at the Woodrow Wilson International Center for Scholars, said that Bangladesh was effectively becoming a one-party authoritarian state -- but one whose orientation largely suits Washington.

"I think the bottom line is that the US sees Sheikh Hasina as a useful partner. She's very tough on terror and she's presided over a remarkable degree of economic growth," he said.

"I think, in that regard, the US sees her as a supporter and practitioner of stability in Bangladesh in spite of the tradeoff of having a very troubled domestic political situation in Bangladesh."

Bangladesh's government has shown no sign it takes seriously the concerns about the election, also voiced by the European Union.

Sajeeb Wazed, Sheikh Hasina's US-based son who serves as her adviser on information and communications technology, said the pre-election US statement was "disappointing" and blamed it on what he called opposition supporters among local staff at the US embassy in Dhaka.

But he saluted the relationship with the United States and voiced hope for further ties, saying a top priority was to draw greater US investment in an economy that has been growing by more than six per cent annually.

"We have a huge consumer market. You have almost 80 million people in the middle class," he said.

He said that Bangladesh has been "phenomenally successful in combatting terrorism," calling it "one of the few Muslim countries that is considered relatively terrorism-free."

Wazed added that the government felt genuine empathy for fleeing Rohingyas in light of Bangladesh's plight at independence and noted that the refugees have not seen the type of backlash experienced by migrants to Europe.

The United States see a friendly rapport with Bangladesh as vital to Washington's goal of an open, US-friendly Indo-Pacific region. Unlike neighbors such as Sri Lanka, Bangladesh has not drawn high-profile infrastructure deals with China.

Another country is even more critical to the US relationship with Bangladesh -- regional power and emerging US ally India, which has staunchly supported Sheikh Hasina, limiting the scope for Washington to take another approach even if it so chose.

The opposition, however, is hopeful that US criticism can make headway.

Humaiun Kobir, the international affairs secretary of Zia's Bangladesh Nationalist Party who met policymakers in Washington ahead of the vote, said the United States should make clear that relations will be limited "unless you show us you are democratizing."

He said that Sheikh Hasina had turned Bangladesh into a country like Cambodia or Venezuela, where the United States to varying degrees had criticized strongmen.

Kobir praised a US House of Representatives resolution that had urged free elections and noted the opposition's concerns.

"The United States is the largest bilateral investor and largest trading market," he said. "The US will need to show that it is not business as usual, or otherwise it sends a totally wrong signal."