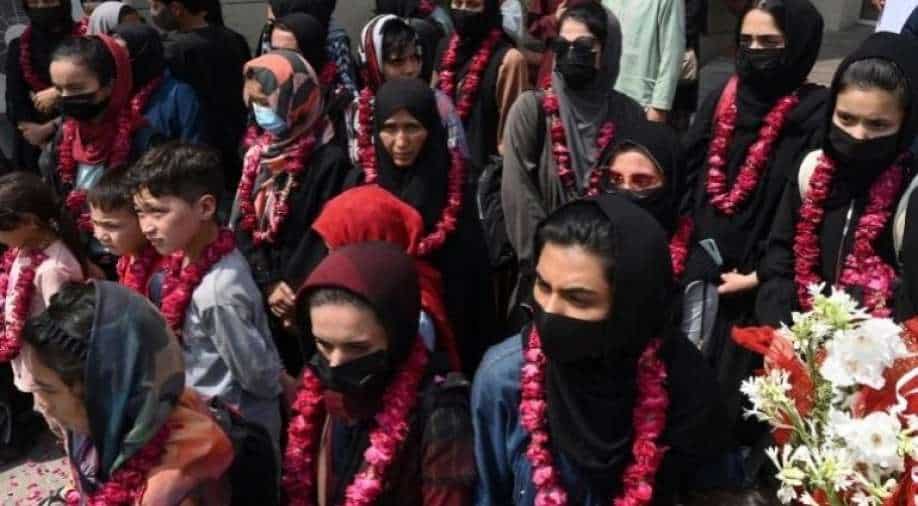 Afghanistan's new authorities have hinted that women and girls will be restricted from participating in sports, as they were during their previous regime in the 1990s.

Officials claimed Wednesday that members of Afghanistan's national junior girls' football team have escaped across the border into Pakistan.

This comes a month after the hardline Taliban surged back into power, trapping members of the Afghan Girls National Youth Football Team in dread of their lives.

According to a campaigner, the girls who participated in the under-14, under-16, and under-18 teams crossed the northern land border wearing burqas before changing into headscarves.

On Tuesday, a total of over 75 people crossed the northern border before heading south to Lahore, where they were greeted with flower garlands.

"I received a request for their rescue from another England-based NGO, so I wrote to Prime Minister Imran Khan who issued clearance for them to land in Pakistan," said Sardar Naveed Haider, an ambassador of global development NGO Football for Peace, based in London.

The female team members crossed the land border wearing burqas before changing into headscarves, according to Haider.

Afghanistan's new authorities have hinted that women and girls will be restricted from participating in sports, as they were during their previous regime in the 1990s.

Women are "not required" to play, according to a top Taliban official who spoke to Australian media.

Since the Taliban took power, tens of thousands of Afghans have fled the country, fearing retaliation or harassment.